Blue State Economies Will Soon Crumble – But Will They Take Red States With Them? 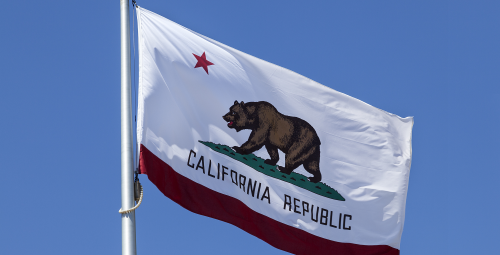 Over the past six to eight months, the U.S. has seen perhaps one of the largest migrations of people based on economic and ideological concerns in almost a century. Not since the Great Depression has there been so many Americans relocating in search of a better life. Today, however, those who relocate seem to be largely conservatives and moderates. There is a very good, multifaceted, reason for this.

One of the best recent explanations for the conservative migration is visible in the near-180-degree turnaround by New York Governor Andrew Cuomo on his draconian lockdown mandates. All of a sudden, Cuomo has announced that New York simply cannot stay closed any longer and that businesses need to reopen quickly.

What could have possibly forced the thick-skulled Cuomo to finally see the light?  I think it has a lot to do with the fact that New York has attempted to distribute millions of doses of the COVID-19 vaccine and they have only been able to give out 30% of them. This means that around 70% of people eligible to get the vaccine in New York are apparently refusing to take it (a smart move in my opinion considering the highly experimental and untested nature of the cocktail). Surprisingly, at least 30% of NY healthcare workers are also refusing to take the vaccine. Cuomo has resorted to threatening hospitals with fines if they do not distribute the vaccines fast enough.

In his latest statement Cuomo is trying to send a message that New Yorkers need to take the vaccine so that a reopening can begin. In other words, “take the vaccine or the economy will collapse”.

I don’t believe Cuomo is mending his totalitarian ways, but at least for now, I think he is realizing what most of us in the alternative economic field have been saying for the past year:  Blue state economies are dying because they are oppressive and this stifles trade and business.

Beyond the business factor and the restrictions on people’s daily movements and activities, the lockdowns and subsequent financial crisis have triggered rising crime levels across the country, but predominantly in blue states and democratic controlled cities.

According to the U.S. Postal Service, New York City alone saw over 300,000 residents pick up everything and leave from March to October. This is an unprecedented spike, an exodus the likes of which New York has not seen in a long time.

On the other side of the country, California is witnessing its own exodus, and it started well before the pandemic struck. In 2019, California saw over 653,000 residents escape the state’s suffocating bureaucracy and high taxes. In 2020, the state has hit its lowest population growth rate in history, even after accounting for babies born. More than 200,000 people left the state than moved in in the past year, and before anyone claims that these people are “liberals” invading red states, even the California media admits they are mostly conservatives seeking to escape the socialist sinkhole.

U-Haul, one of the largest moving companies in the nation, has compiled data on the top states which Americans are moving to during the pandemic. The list is loaded with well-known conservative strongholds and red states, with Tennessee, Texas and Florida at the top.

But what does this mean for leftist states in economic terms?  First, a huge loss of tax revenue, and this is dangerous for blue states in particular. California was projecting a $5.6 billion surplus in January of last year, only to face a $54 billion deficit by August. The state’s net tax revenue fell by 42% from March to May year-over-year, far outpacing losses in the rest of the country. Democratic Gov. Gavin Newsom begged Congress for $14 billion in federal aid, claiming that the government has a “moral and ethical obligation to help the states”.

And this seems to be exactly how states like California are surviving, by stealing tax dollars from people in other states that have been more responsible in caring for their economies.

We often hear about states like California and New York as having GDPs comparable to entire countries. We hear about all the manufacturing and agricultural production, and a couple of years ago, there were even calls for secession in California on the grounds that “orange man bad” and that the state could fiscally support itself “easily.”

Nothing could be further from the truth. What leftist cheerleaders often refuse to mention is the deep and insidious debt problems and deficits blue states suffer from. Looking at a list of the most indebted states in the U.S. in terms of total assets and liabilities, you will find that the vast majority of them are Democrat controlled.

Furthermore, blue states tend to have the highest levels of unfunded pension liabilities. In other words, their public pension obligations are only partially funded and are suffering a net loss. California, Connecticut and Illinois top the list and the only red state that comes close in terms of percentages is Alaska. Red states top the list in terms of the best funded pensions and the lowest debt per capita.

These debts are caused by irresponsible spending policies and endless socialist welfare measures, and as with most socialist systems, they always end up spending more money than they can bring in. They also end up wasting money more than they effectively spend money. This translates to much higher taxes, as blue states refuse to admit policy errors and fix their mistakes. Instead, they punish the citizenry with increased taxation. A list of the highest personal income taxes across the country is dominated by blue states.

One might assume that with such high taxation that social welfare programs would be in place to help the needy and to reduce poverty, but this is not the case. California and New York have the highest population of homeless people by far (151,278 in CA and 92,091 in NY). The next highest homeless population is in a red state, Florida, with only 28,000.

Add to this the fact that blue states have been the most lockdown-happy during the pandemic despite the fact that the lockdowns have done nothing to stop the spread of COVID-19, and now you know why people are leaving these places en masse.

This dynamic has led to red states outperforming blue states across the board in terms of economic recovery. Job recovery in red states far outpaces blue states, along with recovery in GDP. As a result, a call has been rising for a “Blue State Bailout”, and with Biden ostensibly entering the White House they may very well get what they are asking for.

The problem is, the amount of bailout money that would satiate the hunger of blue states would have to be in the multi-trillions. As more and more people and businesses leave these places for more free states, it’s inevitable that tax revenues will dry up. And, as leftists raise taxes to cover the deficit even more people will relocate. It is a vicious cycle that will lead to complete dependency on federal dollars for blue states to survive.

Red states, on the other hand, will not be enforcing strict lockdown mandates. In fact, I suspect that even if Biden tries to institute a Level 4 federal lockdown that many red states will defy him and carry on with business as usual while blue states quickly bow and submit. The only practical option is for blue states to ignore the lockdowns and fully reopen, not just for a couple of months, but permanently. Will they do this?  I doubt it.

It is also important to consider at a fundamental level the types of people that make up the populations of red states versus blue states. Blue states have built a culture of dependency and the majority of leftists have no useful skill sets that would allow them to adapt to an economic crisis. Meanwhile, red state culture encourages independence, self-reliance and productivity.

The most likely reaction among blue states or the federal government under Biden will be to try to “redistribute” the wealth and stability from red states to blue states. This could happen in the form of stimulus measures that unfairly benefit blue states. The resulting dollar devaluation and price inflation might hit red states harder because they would not be receiving bailouts to offset the higher costs. In the worst-case scenario, in which a full spectrum financial collapse occurs, we may even see the federal government attempt to redistribute production and manufacturing from red states to blue states in the name of “national emergency.”

There could also be an attempt to stop people from moving away from blue states entirely. We have already seen a beta test for this in California, where legislators are attempting to pass a bill which would legally require former residents to continue paying taxes to the state for years after they leave.

Of course, this would lead to severe resistance from conservatives, but that is a discussion for another time. The bottom line is this: the economic and pandemic policies of blue states have failed miserably. Their only option is to see the error of their ways, become fiscally responsible and remove totalitarian lockdown measures, or, attempt to leech success from the red states like parasites. Which one do you think they will choose?