BLACKLISTED: Google Keeps A List of “Conservative” and “Fringe” Sites To Censor 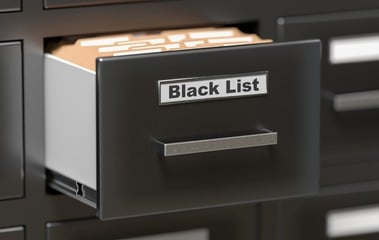 A new report is showing that Google keeps two lists in order to blacklist those who won’t promote the official government narrative.  Those lists are composed of “conservative” and “fringe” sites, and Google allows their employees to remove those blacklisted sites from web searches.

This blacklisting is nothing more than censorship by a different name.  Google decides what you will be exposed to and they don’t want certain websites to give you information that goes against the mainstream media’s narrative.

The lists, according to The Daily Caller, allow Google employees (who CEO Sundar Pichai told Congress in December never “manually intervene on any particular search result”) to suppress certain web addresses in a user’s search results.

While mainstream media suffers daily under the weight of waning trust and falling ratings, there isn’t much left to do for the elitists but shut down all dissent.

The first list, titled “webanswers_url_blacklist,” lets staff block specific web addresses from popping up in Google’s ‘featured snippets’ when a user asks a question. Many of the pages blocked are op-ed articles, which a user could mistake for straight news reporting. This list appears to target opinion pieces in general, regardless of their political bent. Another list, which the Daily Caller suggests was compiled by algorithm, blanket blacklists a host of conservative and “fringe” sites from appearing in the ‘featured snippets.’ The American Spectator, Breitbart, The Gateway Pundit, and the website titled Bring Your Bible to School Day are among those included. Several progressive sites, including Consortium News and a blog called Breitbart Unmasked also reportedly made the list.

The most incredible irony of all is that the site The Free Thought Project has been blacklisted.

We now have concrete evidence that Google is manipulating search results to hurt alternative media. This blacklist is just a partial list

We are 99% sure that @GrayzoneProject is also on a Google blacklist and is censored in search results. How many more websites are being hurt? pic.twitter.com/GpqXhJphbv

Free thought will not be tolerated in the new Orwellian dystopia being created for us by the elitist globalists. This really shouldn’t come as a surprise to anyone. In fact, we expect the censorship to continue to be ramped up especially as people begin to slowly realize they’ve been brainwashed for decades.

Google, along with a bevy of other Silicon Valley tech giants, has been accused of harboring a liberal bias for several years now, with new stories of favoritism surfacing regularly. And a recent study confirmed that. It found that Google’s search algorithms display a “left-leaning ideological skew,” while video footage of an internal company meeting recorded after the 2016 election showed executives calling Donald Trump’s victory “deeply offensive” and talking about using AI to fight dissent in future, according to a report by RT.

It’s no longer a conspiracy theory that big tech is censoring dissent. It is a fact.

Journalists are increasingly vulnerable to attack by authoritarian governments, militants, criminals, and terrorists, who all seek to use technology, political pressure, and violence to set the global information agenda.