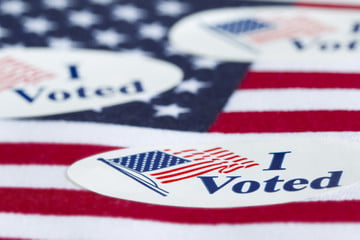 Democrats are notorious for tanking the markets.  Their ideas on massive government, wealth confiscation, and population control make it difficult to disagree with billionaire Leon Cooperman, who says the stock market will tank and lose 25% of its value if either Elizabeth Warren or Bernie Sanders is elected.

Should Americans decide to vote for a socialist-leaning communist in the next presidential election, they should also be prepared for a substantial drop in the stock market. According to Newsweek, appearing on the CNBC show Squawk Box Wednesday, the Bronx-born chairman and CEO of Omega Advisors offered his thoughts on what a potential victory from the Massachusetts senator would do to the country’s economy.

Earlier this year, Warren—whose campaign places a high emphasis on the theft of the wealthy—proposed a tax plan she says will raise roughly $2.75 trillion from thousands of families across America, The Washington Post reported. Her plan, named “The Ultra-Millionaire Tax,” calls for a 2 percent tax on every dollar a household has above $50 million. Households with more than $1 billion will be taxed at 3 percent.

“My question is not why do Bernie and I support a wealth tax. It’s why is it does everyone else on this stage think it is more important to protect billionaires than it is to invest in an entire generation of Americans,” Warren asked during Tuesday’s Democratic debate.  The simple answer: because theft is still theft.  Stealing something that isn’t yours and you have not earned is not morally acceptable. It doesn’t matter if someone has more than you or not.  Taking things that don’t belong to you is still wrong. Warren later took heat from two of her opponents, former Vice President Joe Biden and Minnesota Senator Amy Klobuchar, for her statement criticizing the other candidates on stage.

The reason rational and logical and morally sound human beings don’t support taxation in any form is because it’s done under threats of violence, making it the very definition of theft. It sure would be nice if those who support evil and morally bankrupt politicians like Sanders and Warren would realize just how immoral the whole system is.  Hopefully, we will never have to experience a Sanders or Warren presidency.

Larken Rose explains just how far people are willing to go in order to cause violence and harm to others, and all under the guise of “authority.” In his book, The Most Dangerous Superstition

, Rose explains that the primary threat to freedom and justice is not greed, or hatred, or any of the other emotions or human flaws usually blamed for such things. Instead, it is one ubiquitous superstition that infects the minds of people of all races, religions, and nationalities, which deceives decent, well-intentioned people into supporting and advocating violence and oppression. Even without making human beings one bit more wise or virtuous, removing that one superstition would remove the vast majority of injustice and suffering from the world.