Right now, the focus of SHTFPlan.com is to make sure all readers are as UPDATED as possible on the Covid-19 pandemic. Download our EXCLUSIVE report immediately at: http://www.shtfplan.com/virus

Time To Prepare For The Unthinkable

The coronavirus has now, effectively, BUTCHERED every person who planned on retiring in the next 5 years. The Dow Jones Industrial Average has entered a bear market. NEVER at any point in American history or in modern European times, have the markets gone from all-time highs to bear market this ABRUPTLY or SUDDENLY.

The damages, DEVASTATION, and ravaging is measured in the trillions of dollars.

The financial and human SORROW and distress is hard to swallow.

The virus itself has not caused the DESTRUCTION; the response to it has, at this point. Put on the scales versus other viruses, the INFLICTED MISERY is far less than even the seasonal flu. The PREEMPTIVE ACTION taken, under the premise that this could BUILD UP and spiral into an INFERNO, has ruined the economy.

Entire countries are FROZEN, economically. The ramifications of this are hard to really explain. This will take years to be studied and learned from. So many mistakes have been made and the financial LOSSES are mounting. 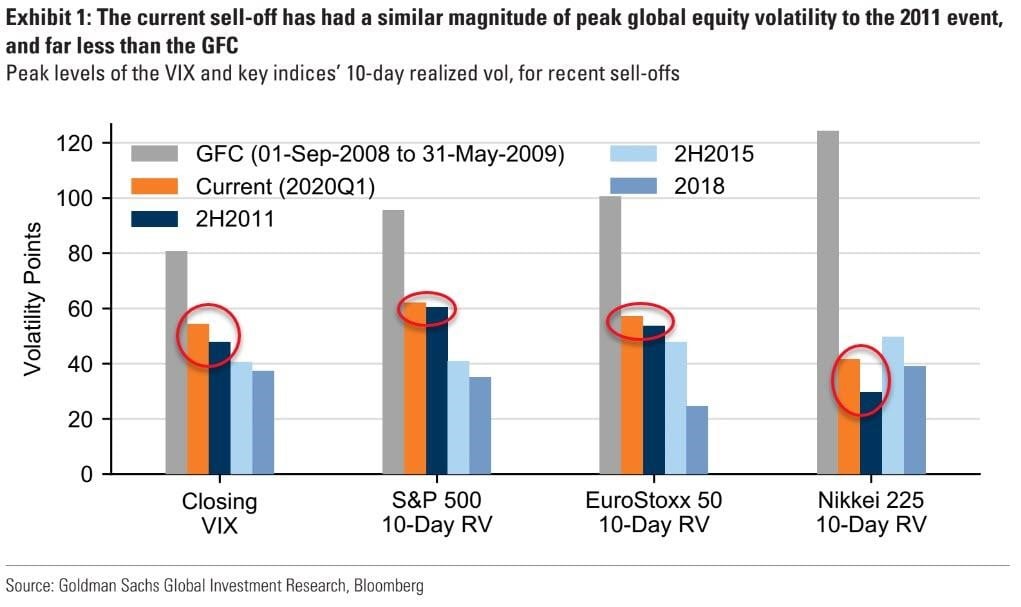 As you can see, in order of magnitude, indices could shed an ADDITIONAL 15%-20%, on top of what has already been MUTILATED.

For 11 years, earnings have grown by 13%/annum and prices have SOARED by 16%/year; this CYCLICAL bull market is TOAST.

No matter which business it happens to be, virtually all stocks have been DECAPITATED and sold off; the markets have been beaten to a pulp. 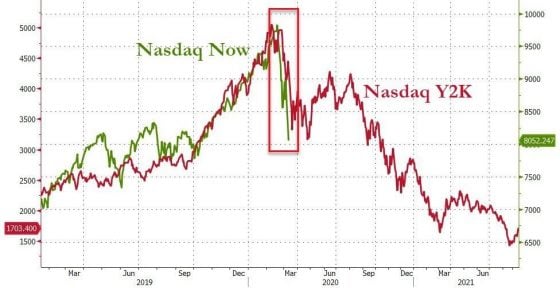 Don’t compare this to 1987, to 9/11, to 2008 or to the Dot.Com bubble bursting. We’ve NEVER been in a situation where so many industries were ORDERED to STAND DOWN. The decision to shut down the entire country of Italy is MONUMENTAL!

I am 100% certain that by the end of March, it will be DECLARED and publicized that the largest ever package of government aid is underway.

President Trump is experienced at handling crises, going from loved billionaire real estate developer to BANKRUPT and back to billionaire. I’m less concerned with his judgment and much more CONCERNED and apprehensive about the ability of the Democrats and Republicans to bury the hatchet and act in unison, for the sake of the SUFFERING masses. We must all be ready for stock market CLOSURE and even BANK HOLYDAYS.

The worst is not behind us at all. After the World Health Organization has put its seal on this, stating that it’s an official pandemic, the incentive for politicians to implement policies that are above and beyond what’s necessary, is in place. No elected official will want to be blamed for being indifferent to the warnings.

The Dow Jones Industrial Average could test the 20,000 support or even go lower. 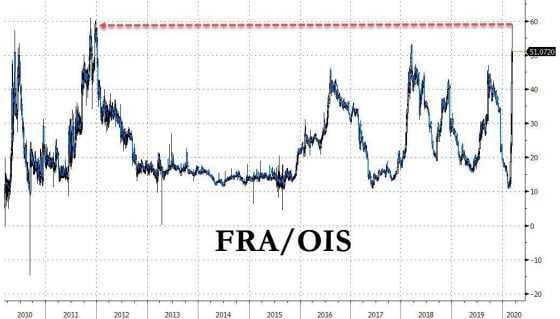 Most people haven’t the SLIGHTEST clue how close the credit markets are to FALLING APART. We are testing the limits of liquidity and of TIGHT financial conditions. We are, UNQUESTIONABLY, on the edge.

There will be more SHOCKINGLY rare announcements to follow and the eyes of the world are all looking at what Washington is doing.

The world’s most powerful nation is eight months away from electing a president, but perhaps eight days away from seeing a DRASTIC interest rate cut and a SWEEPING government stimulus package.

You must be prepared for the possibility that entire regions will turn into GHOST TOWNS! 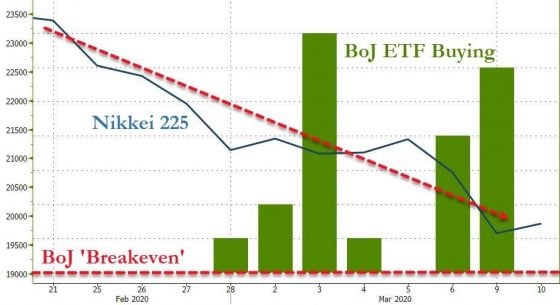 In Japan, the central bank is essentially nationalizing the stock market. The world’s 3rd largest economy is morphing into a nation of LUDICROUS draconian financial policies.

The coronavirus will be the catalyst of far-reaching and UNORTHODOX strategies, implemented by governments.

On the table are direct loans to small businesses, insurance for salaries, direct helicopter money, payroll tax cuts and I’m sure that, in some circumstances, bank closures are discussed, as well as capital controls.

Still, even if they roll out a blanket coverage plan when large segments of the population are forced to limit their existence to house quarantines, the recovery can’t occur. 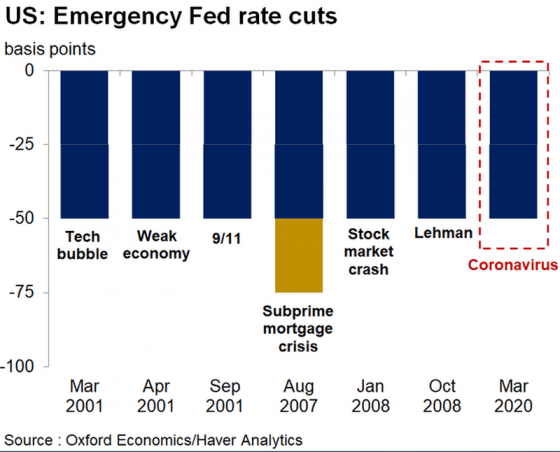 Gold is positioned to rally over $2,000/ounce. The potential for layoffs and a reversal of the forward momentum the U.S. economy had enjoyed, up until three weeks ago, is HUGE.

The panic has consumed the minds of the masses.

Each of us has to calculate where he or she stands in all of this. The next week will determine whether we enter a PAINFUL, MISERABLE and unendurable recession or whether things start to stabilize.

I will release an EMERGENCY BRIEFING on Monday, which covers the details of constructing a plan to get us through this like CHAMPIONS.