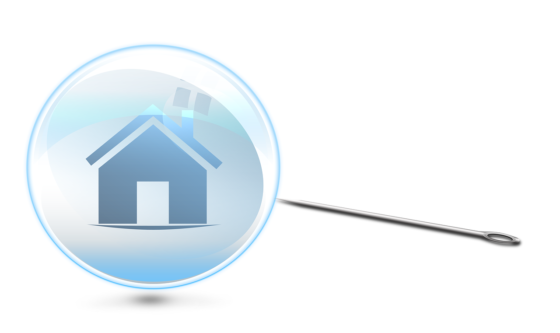 As we’ve been tracking here at PeakProsperity.com, the housing market is starting to look quite ill.

After the central bank-driven Grand Reflation following the Great Financial Crisis, home prices are now beginning to nose over from their new bubble-highs.

Has the Housing Bust 2.0 begun? If so, how bad could things get? And what steps should those looking to pick up values at much lower prices in the future be taking?

This week we talk with citizen journalist Ben Jones, property manager and publisher of TheHousingBubbleBlog— where he tracks the latest headlines and developments in the housing market.

And given the stream of data Ben sees every day, he’s extremely pessimistic on home prices in most major markets worldwide:

We’re going to see a collapse. The housing bubble is in the process of popping right now.

Everybody’s been behaving like speculators. Housing prices have been just like day trading stocks. What’s happening right now is a lot more suggestive of a bubble bursting much more than it does just a correction or a down cycle.

I can’t think of a market in the United States I would buy in right now.

There’s plenty of people like me who have a memory of how this is going to play out (from the 2007 housing bubble burst), and they’re actually probably all lining up the same way.

If you’re looking to purchase housing at better values once this current bubble bursts, you don’t want to buy from Joe Six-Pack. You want to buy from a bank or a lender, that will frequently be Fannie May and Freddie Mac. For instance, in 2010, I helped somebody buy a house for $12,000 through an online auction. That house had been refinanced four years before for over $100,000. That same day, we could’ve bought three more for the same $10,000-$12,000 price. That’s the kind of discount you want to see and it’s the lenders who are going to be the ones that give you those big discounts. Wait until the distressed sales. You don’t want to be buying retail in real estate.

Sheriff sales, trustee sales — they have to go through this process where they offer the property to anybody who can buy it, including the current owner. They’ll put a print price on it that’s usually what’s owed on the property. When you see them selling it for less than what’s owed, that’s when there’s blood on the streets. Wait until a foreclosure has been sitting on the market for about 6 months, after they’ve whacked it down eight or nine times. Then make a lowball offer.

You have to realize is that the guys that are selling these are hired professionals. Their job is to get rid of the houses — they’ve got so much to spend on them and so much that they’re allowed to lose.

That’s where we’re headed again. I would be very patient right now about catching a falling knife in the current market. Wait for the coming distressed discounts.

Click the play button below to listen to Chris’ interview with Ben Jones (43m:05s).