Behind The Scenes Is The Real Play: “There Is Always A Hidden Agenda If You Dig Deeply Enough To Find It” 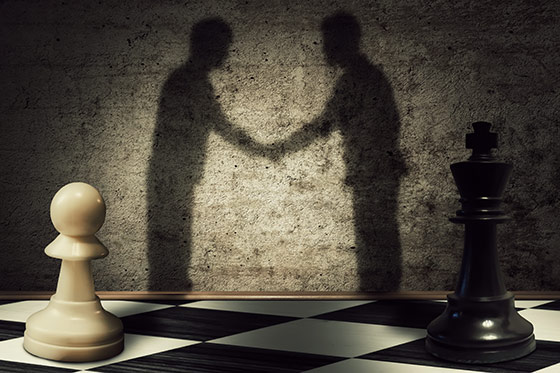 The comments that readers post are always valued, and many such as myself spend a lot of time reading them and gaining both insight and knowledge from what is presented and what you, the readers have found.  These excerpts from two comments at SHTFplan are what gave me the desire to write on the topic of what happens behind the scenes being the true agenda:

“Relative to China/Vietnam, my only point is that Marxism was supposed to transcend everything, and was the end of history. Point being is that it did nothing of the sort.”

Chinese arms poured into North Vietnam. Granted China had a much smaller economy and hence less to give. Ho Chi Minh was largely a nationalist that adopted communism as a vehicle to remove the French and later US occupation. If one was in their shoes, seeing the absolute worst of capitalism in it colonial form, being denied the promise of the French not returning post WWII for their help fighting the Japanese, where else would he turn? Communism post WWII was largely the expansion of the USSR and consolidation in China.

My thanks to both of you gentlemen, as your comments and the information you present are always really great and thoughtful.  You’re both spot on in your analyses.  The roots of a problem (especially relating to the United States) always lie within facts that are intentionally either redacted or obfuscated to remove true responsibility for those actions.  In this instance (with Vietnam), Kevin2 correctly pointed out how Ho Chi Minh was a nationalist who wanted the French out of Vietnam.

Even deeper, after World War II came to a close in the Pacific theater, Col. Aaron Bank met with Ho Chi Minh, who wanted to model Vietnam after the U.S. Constitution and asked for U.S. aid regarding the French.  Truman refused to listen to him, and in order to keep close ties with the French, the aid was refused.  The result was the Viet Minh and the French-Indochina War that eventually led to France’s expulsion (termed a “strategic withdrawal).  Subsequently the U.S. followed suit and had a war of its own in Vietnam.

The hidden agendas drove the war: Johnson’s rubber plantation holdings there, along with contracts to supply the U.S. military with textiles produced from those holdings, and Johnson’s interests in Sea-Land Container corporation…all of which enriched him and the MIC (military industrial complex) at the time.  Indeed, Rockefeller built an aluminum plant in the Soviet Union for half a billion dollars, and the Soviets sold products from that plant (and other firms) that supplied the NVA (North Vietnamese Army) during the Vietnam War.

The point is that there is always a hidden agenda if you dig deeply enough to find it.  These hidden agendas are not random or coincidence: they are driving factors, not resulting factors in the shaping of our country and the world.  Two excellent works that illustrate these principles are the books Confessions of an Economic Hitman and The Shock Doctrine: Fundamentals of Disaster Capitalism.  Both works have numerous examples that illustrate the true reasons the United States government (an empire in the truest sense) has fostered the current world climate in its rapacious and unending quest for power and promulgation of the system.

The book The Ignorant Armies chronicles the fact that the United States under Woodrow Wilson sent American Soldiers to fight against the Bolsheviks during the Russian Revolution.  The American North Russia Expeditionary Force (ANREF) was a contingent of 5,000 soldiers of the US Army that fought the Red Army in the area of Arkhangelsk, Russia from September of 1918 to July of 1919.  This action set the Soviet Union and the US at odds for generations; however, most of the history books conveniently leave (and over the decades, left) it out.

Confessions of an Economic Hitman chronicles how the US sends operatives to destabilize a country through loans that are impossible to repay that enable the US to ensnare the foreign country with debt and use that financial obligation as leverage to obtain political, military, or economic favors or concessions.  The book stresses that the system of education in the United States grooms its citizens to maintain the rigid social system that is in place with politicians, banks, and multinational corporations that seek a power and dominion that is best termed as “imperial” in nature.

Therefore, it is important that we question the true motives for operation, especially in this time of transition between Obama and Trump.  Look at what Obama did to destabilize Libya, Egypt, and Ukraine:  The IMF and World Bank were (and still are) right on the heels of the U.S. State Department and NATO, ready to financially ensnare more serfs in their quest for global hegemony.  Some have commented that my articles are against Trump, and I must state that they are not.  My desire is for him to succeed and be a president that will place us on the path to a Constitutional Republic.  I also state that Trump is far better than Hillary Clinton, and his election gives us a chance to take that path.

The odds are against it, though, because of the moneyed interests behind (and around) the throne.  Only time will tell.  The important thing to do, while we await the transition and subsequent actions is to keep our eyes on the surrounding parties and players and all the details and reasons behind selections to one position or another.  This can be said for the big picture internationally.  Who has an interest in seeing a guy such as Mnuchin, or an Exxon executive, for examples, take a cabinet position in Trump’s administration?  What foreign leaders are lining up with lips puckered for the back of Trump’s hand, and why?  What money connections are being fostered (or considered) regarding these nations?

See, these people on the world stage steal billions of dollars, and they are (through election, coercion, or outright force) leaders who are responsible for millions of people.  Those are not the problems, however, but the harsh realities that surround all nations and leaders.

The problem is that they are responsible, but they are not able to be held accountable.

I highly recommend reading some of these works that give basic illustrations and examples to provide readers with a framework of reference on how these things occur and the “why’s” behind them.  Once again, my thanks to all commenters, such as Kevin2 and TEST for your insights.  Keeping abreast of the underlying impetus shows the extent of the iceberg that is submerged, and not just the tip that juts out of the water.  No matter who is in office, we need to be aware of who is pulling the strings attached to that office and why, at all times.