Be A Victim: When Your Kid Is Being Attacked, Teachers Are Just Minutes Away 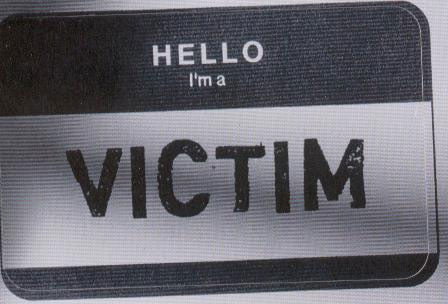 Should your child go to school and make a gesture with his hands resembling a gun, under zero-tolerance policies you can be 100% assured that  he or she will be promptly suspended or expelled.

However, if a student bully or random attacker should throw a desk at your child’s head, leaving a hole in his skull, that sense of urgency turns to apathy and indifference.

A mother is outraged after she says no one called 911 when her teenage son suffered a skull fracture at the hands of another student. The alleged incident happened on campus during school hours.

Victoria Canales says what happened to her son at Beechnut Academy is unacceptable.

“They should have called 911 when my child had a big hole in his head instead of waiting for me to go pick him up,” she said.

The seventh-grader did not want to be shown on camera. His skull was fractured on Friday when a classmate hurled a desk at his head. He says it was the fifth attack he endured at the hands of school bullies.

“I was pretty freaked out and scared,” her son said. “It’s violent, it’s a violent school.”

Canales said she’d repeatedly contacted the school, but was ignored.

This so-called movement against bullying touted by school districts across the country is nothing more than propaganda:

The schools like to talk a good talk about their firm stances against bullying.  They make a big deal of having  the kids wear pink to school for International Stand Up to Bullying Day.  They hang colorful posters and spend classroom time discussing bullying.

They even have the students sign pledges saying that they will stand up for the victims of bullying.

But what happens when a kid takes the message to heart?

If you are 13 year old Brian MacLean, who disarmed a knife wielding bully by body slamming him and leaving him incapacitated as he attempted to harm another student, you get to spend the entire day in the principal’s office, have your locker searched and undergo questioning for your heroic actions.

In fact, the school attended by MacLean issued an official statement in response to the incident in which he may have well saved the life of another student, saying that they do not “condone heroics.”

What they do condone, however, is being a victim.

And that’s exactly what they are teaching our children is the proper behavior. Common sense in our schools, as stated so succinctly by former teacher Ellie Rubenstein, is extinct.

Early in the school year our 10 year old son, having just entered a new school, was attacked by a classmate. It was a typical 5th grade scuffle. The other student ran towards him and started kneeing him in the ribs and leg. Our son, who has trained Karate for nearly two years, simply threw up a ‘block’ (in our style of Karate, a block is equivalent to a strike). The closed fist block struck the attacking student in the jaw, laying him out on the pavement.

As you may have guessed, we subsequently received a phone call from the principal’s office advising us that our son was being suspended over the incident. After further questioning, the principal admitted that our son acted in self defense (according to reports from student witnesses), but stressed that the proper response would have been for him to contact a ‘yard duty’ teacher.

When I pressed the principal on how that would have been possible under the circumstances, he simply responded with, “Sir, our policy is that students who engage in physical confrontation, regardless of the circumstances, will be suspended or expelled.”

Would the principal have taken the same stance as our son had he come under attack in the ‘real world,’ or would he have responded according to his school policy and ran for police help in the middle of being beaten? Maybe he can take Janet Napolitano’s advice, and just ask the attacker to stop.

When he returned home from school that day our son was terrified about the consequences he would face at home.

Suffice it to say, he not only didn’t get into trouble, but was commended for taking his personal safety into his own hands.

I explained to him… when a bully is attacking you and causing you bodily harm, your teachers are minutes away.

There’s a saying I related to him:

It’s better to be judged by twelve, than to be carried by six.