Bad News For The Economy: Some Have Stopped Paying Loans On Mobile Homes 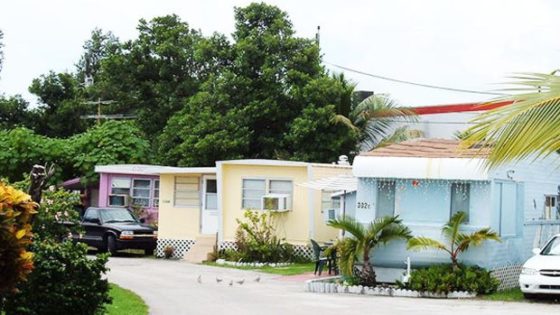 Some people in the United States have stopped paying their loans on mobile homes. This is a bad sign for the economy as many no longer can afford the increase in interest rates.

According to a report by Yahoo Finance, the mobile home market is showing the first signs of stress.  The delinquency rate on mobile home loans has increased by 200 basis points, or 2 percentage points, over the past year, according to research cited by UBS. The 30-day-plus delinquency level is now about 5%, the highest level since 2005.

The increase in the number of struggling mobile-home borrowers suggests that a large chunk of these people haven’t benefitted from the economic growth of the past few years, despite the low unemployment level. For those living paycheck to paycheck, even the slightest increase in interest rates could force them to decide whether to eat or pay their loan on their home.

“We interpret this data to mean that these individuals have not largely benefitted from these macro-dynamics, and may also be disproportionately exposed to industries that have experienced compression — rather than expansion — in the current economic conditions, such as retail or some areas of energy extraction,” UBS said.

Although this is a warning sign for the economy, conventional single-family residential loan delinquencies haven’t seen a similar uptick. Instead, they are continuing their steady downward path through the post-recession recovery.  But many analysists would argue there was never actually a recovery. In 2016, Peter Schiff warned that we were in a false recovery: one that’s worse than a legitimate recession.

“The real choice is not between recession now or recession later. It’s between a massive recession now, or an even more devastating one later … Now is the time to bite the bullet, endure the pain, and allow the wound to actually heal,” said Schiff, who accurately predicted the 2008 recession and says the recovery isn’t a real one.

Since 2009, all of the standard metrics for indicating a recovery have shown sub-par results. The only growth has occurred in asset prices. However, higher prices in stocks and bonds haven’t occurred because of upward pressure from a free market, but have been artificially inflated by easy borrowing and risky speculation. Consequently, the “recovery” we’re supposedly experiencing is as artificial as asset prices themselves. The next bubble that will have to burst is the Fed’s own fantasy it’s been selling investors. –Schiff Gold

The truth is, the US economy is stuck; raising rates will send the US into a recession, but keeping them the same will make the eventual pain of an economic crash much worse. “I agree with those who believe that rate hikes now will bring on a recession,” Peter Schiff stated in an article. “But I disagree that we should keep rates where they are … despite the short term pain that will surely follow, we need to raise rates now to break the addiction before it gets worse.”

But UBS did admit that losses will start to impact other debts as well, and likely soon. “We believe weakness in these two groups [lower and middle class] will drive higher credit losses at some stage over the next few years — particularly in credit card, installment, and student loans — with macroeconomic inflection from job growth to job loss as a likely catalyst,” UBS said.

Now is a great time to prepare for the economic collapse.  The economy won’t last forever being propped up by debt and Feds manipulation of the markets. But the good news is, prepping for the eventual collapse is made easy with the book titled The Prepper’s Blueprint.  It’s a great resource for those just starting out and for those who may have overlooked something.