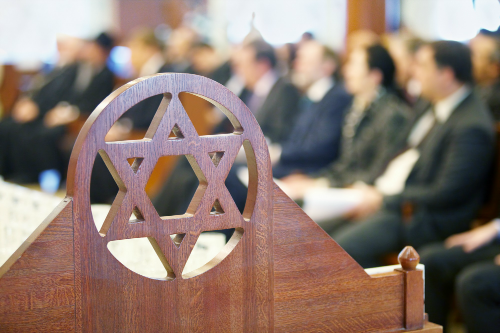 People living in the West have given up a lot to satisfy their government’s concerns over terrorism. Here in the US for instance, our right to privacy in our homes, on our persons, and especially in our communications, has essentially died since 9/11. Everything we say on our phones or search on the internet is catalogued by the NSA without a warrant, we can’t fly on an airplane without being groped and prodded by TSA agents, it’s now fairly common to be forced through police checkpoints many miles away from any border.

The US isn’t alone in this regard. Across the board, every Western nation has sacrificed essential freedoms in the name of combating terrorism. The only difference is that unlike in the US, most Western nations have sacrificed more speech related freedoms rather than privacy (though all Westerners have lost both rights to some degree). This is especially true in Europe and Canada, where expressing right wing opinions or criticizing Islam is now considered a hate crime, and is believed to be an invitation for more terrorist attacks.

Australians however, seems to be close to losing their right to practice any religion they want. That’s what the Jewish community in Sydney learned recently when they tried to build a synagogue. Residents and city council members decided to not let the structure come to fruition because they feared it would invite terrorist attacks.

The temple was to be built in Bondi, a short walk from Australia’s famous Bondi Beach. But locals worried that the space would pose a security risk to nearby residents, motorists and pedestrians. As evidence of that threat, the council pointed to the synagogue’s own design, which included setback buildings and blast walls. They also said the design would have an “unacceptable impact” on the street and neighbourhood.

“A number of residents agreed with the contentions … and provided additional evidence against the development of the site,” the council said in a statement.

And on top of that, the courts complained that the building’s design would only protect the worshipers inside.

But the court sided with the council. In its decision, the court explained that western countries are under threat from Daesh, also known as ISIS or ISIL, and that the potential of an attack in Australia is considered “probable” by government officials. The court also noted that the designs would serve only to protect those inside the building, not those outside.

You know the West is slipping into collectivist madness, when you can’t construct a building that is only designed to protect the people inside of it from an external threat. That would be like saying that you’re not allowed to own body armor because it doesn’t protect bystanders from gunfire. (Oh wait, body armor is highly regulated in Australia and most people who aren’t cops, soldiers, or security guards can’t own it? Color me shocked.) But worst of all, the refusal to let this synagogue be built is nothing more than an admission that the terrorists have won.

“The decision is unprecedented,” Rabbi Yehoram Ulman told news.com.au. “Its implications are enormous. It basically implies that no Jewish organization should be allowed to exist in residential areas. It stands to stifle Jewish existence and activity in Sydney and indeed, by creating a precedent, the whole of Australia, and by extension rewarding terrorism.”

It’s such a big win for terrorism that I doubt any terrorist organization ever expected to have these results. Here’s a country of 24 million people that has lost less than 10 people to terrorism over the past 20 years. They all died at the hands of Islamic radicals, who are known to despise Judaism. Sydney’s response is to prevent a Synagogue from being built in a vain effort to prevent more terrorist attacks. The city is doing exactly what Islamic terrorists want them to do, and these terrorists barely had to lift a finger.

If this kind of moral weakness isn’t overcome in the West, then our freedoms will not survive the next generation.