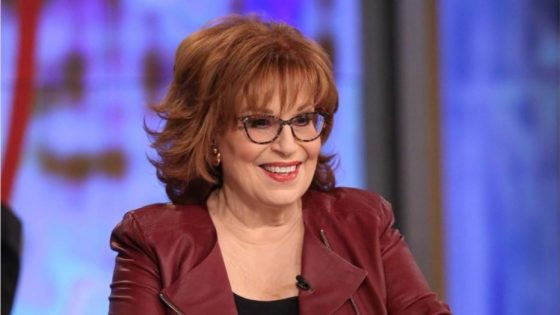 The audience of The View actually applauded when Joy Behar said that democrats “need to lie” in order to get elected.  Basically, people don’t need any integrity or morality to join the ruling class, and people are content with that.

Behar actually admitted that democrats are going to need to lie in order to get elected. To Behar, O’Rourke’s problem was not his vow to confiscate weapons — that “hell, yes, we’re coming for your AR-15s” — it was that he was stupid enough to be honest with the American people about wanting to wipe out one of the rights guaranteed by the U.S. Constitution.

Democrats need to just lie about their Communist ideals and then they can get into office and turn what was once a free nation into a tyrannical authoritarian ruling class even worse than it already has become. On Friday, the former Texas Rep. and communist Robert “Beto” O’Rourke officially dropped his doomed bid for the Democratic presidential nomination.

The lone conservative voice on The View, Meghan McCain, called O’Rourke’s end a cautionary tale for Democrats who let the adulation of the base go to their heads. “Beto, when my husband told me he got out of the race, I think he’s actually like a beta test for why going so national and being beloved by the media is always dangerous. … He raised $80 million, and President [Barack] Obama was drawing comparisons to him,” McCain said. “He did a lot of, like, battleground culture war, and he ran as the most left, most ‘woke’ candidate. And look where he ended up.”

Behar chimed in after McCain saying he should have just lied about his destruction of American’s basic human rights.

“They [democrats/communists] should not tell everything they’re going to do,” she said. “If you are going to take people’s guns away, wait until you get elected and then take them away. Don’t tell them ahead of time.” To which the audience applauded. It’s become admirable to strip innocent human beings of their rights now. We live in truly disturbing times.

According to Western Journal, lying in politics in order to get elected is as old as government itself.  In 21st century America, with a biased mainstream media that no longer even pretends to cover politics fairly, Democrats have raised – or lowered – dishonesty to a new level.