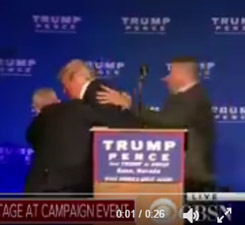 #Reno recap:
•No Gun Found at Rally
•Man arrested was released
•He is Republican holding sign “Republicans against #Trump”
•Trump off to CO

Via The Daily Sheeple, courtesy The Associated Press: 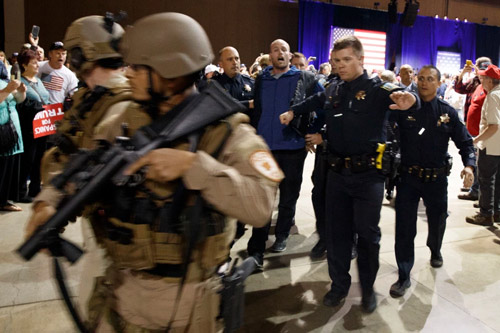 UPDATE 6: CNN reports no gun was found on suspect involved in Trump security incident in Reno

Via: @KevinBohnCNN: “A law enforcement official tells CNN no weapon has been found related to the incident in Reno and Donald Trump”

UPDATE 4: The Man Who Threatened Trump Before Secret Service Rushed Him Off The Stage In Reno 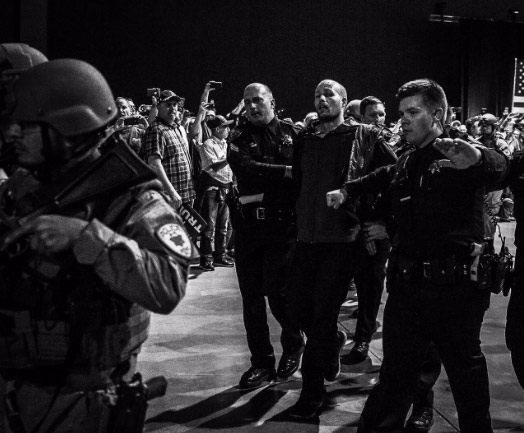 Trump releases statement on the incident in Reno. pic.twitter.com/xOYc9LLfMU

Trump returns to stage in Reno after Security Incident.

“I want to thank the secret service. These guys are fantastic. They don’t get enough credit.” – @realDonaldTrump#TrumpInReno #Reno pic.twitter.com/GZwpLdaOF2

One Secret Service agent blocked Trump with his body as someone in crowd yelled “He’s got a gun!” https://t.co/biXDbYUF7t

Donald Trump has been rushed off the stage in Reno by Secret Service agents. It is unclear exactly what happened but unconfirmed reports indicate that an anti-Trump protester in the crowd flashed a gun.

Crowd response and Secret Service activity immediately following Trump’s evacuation from the stage shows at least one individual being restrained just feet from where Trump was speaking.

Has the Secret Service thwarted an assassination ?