As U.S. Cities Crumble, Demand For Rural And Suburban Properties Is Soaring 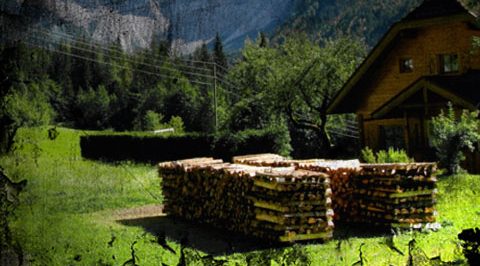 This article was originally published by Michael Snyder at the End of the American Dream.

This represents a major shift because prior to 2020 we had seen a tremendous boom in real estate prices in large cities such as New York, San Francisco, and Seattle.  Now a lot of those buyers have become very motivated sellers, but there just isn’t a lot of demand for tremendously overpriced homes in core urban areas that are currently being torn to pieces by rioters.

Meanwhile, prices for rural and suburban homes are being pushed up as an increasing number of Americans seek to get away from the major cities.

At first, it was the coronavirus pandemic that was the primary reason why so many people wanted to move.  According to Redfin, page views for homes in rural communities and small towns were way, way up in March as the virus began to spread aggressively in the United States…

A report from Redfin (NASDAQ: RDFN) highlights this trend, showing that by late March, the seven-day average change in page views of homes in rural and small towns was up 115% and 88%, respectively.

Of course, now the worst civil unrest in decades has been added to the equation, and this has caused even more city dwellers to consider a change in residence.  In fact, one poll found that approximately 40 percent of all city dwellers “are considering leaving”…

Unfortunately, not everyone will be able to move.  In an economic environment where more than 42 million Americans have already lost their jobs, many people will be doing all that they can to cling to the jobs that they still have.

But for those with the liberty to live wherever they want, this is an opportunity to make a dramatic change.

At this point, even urban real estate markets that were once red hot like San Francisco appear to be cooling off in a major way…

Amid the depths of a global pandemic and financial downturn, the demand for real estate is unexpectedly rocketing in wealthy regions outside San Francisco, reports Bloomberg. Agents say that demand is soaring in affluent areas around the Bay Area such as Napa, Marin and further afield in Carmel, as people who have the means look to get away from the city. Meanwhile, the market in San Francisco and Alameda County is still well below where it was last year.

Elsewhere, Lake Tahoe has also seen a surge in real estate interest. The prospect of living out of the city on an alpine lake while maintaining a career is appealing for a new generation of young buyers, as many tech companies have signaled that remote work may be the new norm for a long time.

During the good times, our big cities had a lot to offer.

But now, many city dwellers have become completely convinced that their communities are simply no longer safe places to live.

Just look at what is happening in Chicago.  The last day in May was “the deadliest day” that the city had seen “since at least 1961″…

The city of Chicago notched a grim milestone last weekend, as 18 people were murdered on Sunday, May 31 alone, marking the deadliest day in the city since at least 1961.

The University of Chicago Crime Lab’s numbers do not go back further than 1961, so it’s impossible to say how long it’s been — if ever — since so many people were murdered in the city one 24-hour stretch.

We have come to expect a very high level of violence in Chicago, but one local expert says that the number of murders on that particular Sunday was “beyond anything that we’ve ever seen before”…

“We’ve never seen anything like it, at all,” the crime lab’s senior research director, Max Kapustin, told the newspaper. “I don’t even know how to put it into context. It’s beyond anything that we’ve ever seen before.”

At one time, America’s beautiful shining cities were the envy of the entire planet.

But now thousands of retail outlets have been boarded up, homelessness is absolutely exploding, and it looks like there will be much more rioting, looting, and violence in the months ahead.

I have been writing about the plight of our major cities for many years, and even though I have been relentlessly warning that this was coming, it doesn’t make it any less sad.

I have really been feeling so sad lately.  Things didn’t have to turn out this way for America, but our choices have consequences, and we have been making really bad choices for decades.

Ultimately, I am quite glad that I was able to get away from the big cities when I did, and countless other Americans have made the exact same choice.

Now we are potentially facing a mass exodus from the major cities in the months ahead, and that will likely drive real estate prices in the most desirable small towns and rural communities through the roof.

Those that are wealthy will be able to afford such prices, but many others may find themselves completely priced out of the market and unable to relocate.

About the Author: I am a voice crying out for change in a society that generally seems content to stay asleep. My name is Michael Snyder and I am the publisher of The Economic Collapse Blog, End Of The American Dream, and The Most Important News, and the articles that I publish on those sites are republished on dozens of other prominent websites all over the globe. I have written four books that are available on Amazon.com including The Beginning Of The End, Get Prepared Now, and Living A Life That Really Matters. (#CommissionsEarned) By purchasing those books you help to support my work. I always freely and happily allow others to republish my articles on their own websites, but due to government regulations, I need those that republish my articles to include this “About the Author” section with each article. In order to comply with those government regulations, I need to tell you that the controversial opinions in this article are mine alone and do not necessarily reflect the views of the websites where my work is republished. The material contained in this article is for general information purposes only, and readers should consult licensed professionals before making any legal, business, financial, or health decisions. Those responding to this article by making comments are solely responsible for their viewpoints, and those viewpoints do not necessarily represent the viewpoints of Michael Snyder or the operators of the websites where my work is republished. I encourage you to follow me on social media on Facebook and Twitter, and any way that you can share these articles with others is a great help.  During these very challenging times, people will need hope more than ever before, and it is our goal to share the gospel of Jesus Christ with all many people as we possibly can.