Are You Ready Series: Rolling Blackouts and Power Outages 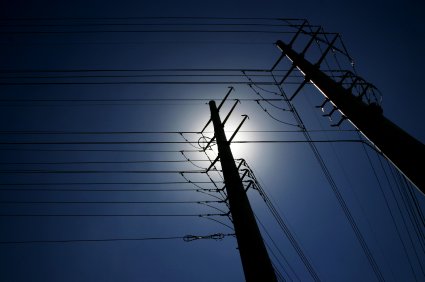 This article has been contributed by Tess Pennington and is part of the Are You Ready? series, which examines and provides preparedness solutions for a variety of natural and man-made disaster scenarios including pandemic, nuclear emergencies, and mass evacuations. Tess is also the author of the popular Prepper’s Cookbook.

The U.S. power grid, as it exists today, is dying a slow and miserable death. Experts in the private and public sector are also concerned about the weakness of the grid and suggest we are one major catastrophic event away from a complete meltdown in America.

The largest blackout that occurred in U.S. history was on August 14, 2003, leaving over 50 million people without power in the Northeast, Midwest and parts of Canada. The blackout’s primary cause was a software bug in the alarm system at a control room of the FirstEnergy Corporation in Ohio. Operators were unaware of the need to re-distribute power after overloaded transmission lines hit unpruned foliage. What would have been a manageable local blackout cascaded into widespread distress on the electric grid.

In 2012, the San Diego Gas & Electric Company shut down, affecting power in Southern California and Arizona. The blackout affected 1.4 million homes and 5 to 6 million people. Flights out of San Diego International Airport were suspended. There were people trapped in elevators, cell phones and land lines went dead making it impossible to call for help. Moreover, gas stations were shut down.

Most recently, the Polar Vortex is threatening rolling blackouts as well due to the heightened demand from utility companies. Operators of the electric grid have urged consumers to conserve power to help overcome a potentially devastating combination of record demand and unexpected supply disruptions, both caused by the extreme cold enveloping much of the country. If voluntary conservation is not followed, then rolling blackouts will occur.

This outdated and aged infrastructure has been in need of a major update for decades; however, instead of investing in a new, more efficient power grid that utilizes renewable power sources (such as solar and wind), regulators instead chose to patch it up to make it work for the time being. This “duct taped” approach is no match for the constant power stream needed to keep population dense areas functioning or for the extreme weather we have experienced over the last decade.

Our grid is long overdue for investment and upgrades. Begun in the early 1900’s when the power system consisted of large, isolated power plants, our current grid is ill-equipped to serve smaller, innovative solar or wind facilities. The majority of the existing system was built more than 30 years ago and has only received incremental investment since. Today, 70 percent of the lines and large power transformers are more than 25 years old, and we don’t have enough of them in areas of the country with the best new energy resources. (Source)

There is No Official U.S. Power Grid

To begin, our grid is really three interconnected grids: the eastern, western and Texas interconnection, that are each independently owned and operated by different power plants and transmission lines. This privatization can only lead to further issues down the line. In this article, the author writes, “Similarly, while many countries have privatized the distribution sector and introduced some competition between retailers, retail tariffs and other matters such as safety, reliability and customer service have remained under regulatory oversight specific to the electricity industry. (Source)

How Rolling Blackouts Affect Us

A “rolling blackout” typically occurs due to a weather-related event. However, there are other issues at play that can cause these blackouts to occur. Faulty software, and manmade disasters (i.e., cyber attacks, EMPs) can also cause the grid to go down for a given period of time, as seen in 2003′s grid debacle. This puts stress of the other electrical grids who then compensate for the loss of energy to that existing grid. When these events take place, there is an overwhelming increase of power in homes and commerce to either generate heat, air conditioning or electricity. When this need overwhelms the grid, the utility company intentionally “shuts off the power to an area in order to reduce the load on an electricity generation and grid. The utility company turns it back on, and then shuts the power off in a different area, with outages in any given area typically lasting 60 to 90 minutes, according to the California Energy Commission. This is a last resort measure of utility companies to avoid an even worse situation — a total power blackout.

Rolling blackouts go beyond sitting in the dark at home waiting for the power to come back on. They affect our commerce, our transportation systems and our overall infrastructure. Electric equipment such as automated teller machines (ATMs), credit card processing units and elevators may not work during the power outage. Traffic signals will be down thus causing traffic delays.

What About Renewable Energy?

Although renewable energy such as solar and wind play a part in adding to the grid, the U.S. grid is so old and outdated it can’t handle the influx of wind power and other intermittent renewable resources.

There is an even more pressing problem, according to this article in the New York Times: the grid isn’t big enough. The wind tends to blow strongest in places, such as North and South Dakota, that are far from where people live and use electricity. And no one wants to spend the millions of dollars it would take to put in a new transmission line (not to mention the legal headache of getting all those rights of way). (Source)

Prepare for the Problem

As long as the power grid remains in its current state, we must open our eyes to the reality that rolling blackouts will continue to be a regular part of dealing with disasters. Like all disaster preparedness, there are ways to insulate yourself and prepare your homes and family for the reality of this inconvenient truth.

Further, take steps to prepare your home and yourself for different events that may cause rolling blackouts.

The grid’s aging infrastructure, combined with a rise in domestic electricity consumption and extreme weather issues has forced experts to critically examine the status and health of the nation’s electrical systems. Rolling blackouts will no longer be a phenomenon, but a regular occurrence. Thus taking us into third world country living conditions. Welcome to the new America.

Tess Pennington is the author of The Prepper’s Cookbook: 300 Recipes to Turn Your Emergency Food into Nutritious, Delicious, Life-Saving Meals. When a catastrophic collapse cripples society, grocery store shelves will empty within days. But if you follow this book’s plan for stocking, organizing and maintaining a proper emergency food supply, your family will have plenty to eat for weeks, months or even years. Visit her web site at ReadyNutrition.com. You can also visit Tess’ Facebook page.

If you enjoyed this article and found it of value, please consider casting a vote for Ready Nutrition as a Top Prepper web site.