Are You Ready for Riots? 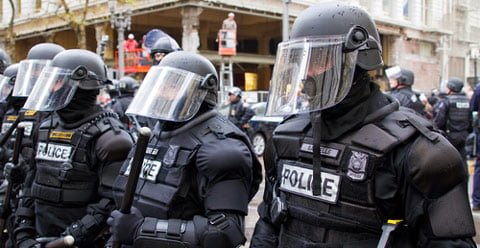 Editor’s Note: With America’s middle class being destroyed on a daily basis, and low wage workers seeing reduced hours and experiencing more difficulty with making ends meet, it is only a matter of time before people snap. We may think we live in a stable society, but as Daniel Ameduri of Future Money Trends points out below, no country is immune to civil unrest when the right conditions are met. And if you’ve been paying attention, it’s not that much of a stretch of the imagination to suggest the signs of discontent are starting to appear from sea to shining sea. As the situation continues to degrade in the United States we, too, will experience rioting and civil unrest, something the U.S. government has been actively preparing for. In the very near future, riots won’t just be some far-off event you watch on television from the comfort of your couch… They’ll be front and center, right outside your front door.

This past weekend a country with one of the highest living standards in the world saw rioting in the streets!

According to Credit Suisse, Singapore ranks 8th in the world in terms of personal wealth. Since the year 2000, Singaporeans’ wealth has more than doubled.

It is clear that this is a very prosperous city state that is the gem of Asia. I know that when I have looked for offshore gold storage in the past, Singapore comes up as one of the top areas along with Hong Kong, Zuric, Perth, and Toronto.

However, on Sunday a riot was sparked in Singapore, the first one in more than 40 years. Long story short, an Indian national was struck by a bus and killed, the surrounding neighborhood went out by the hundreds to set fire to at least 6 police cars and the ambulance that responded to the young man who died. 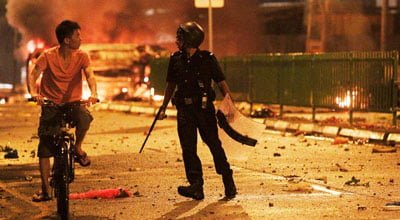 Now I don’t know every detail of race relations in Singapore, but I do know from what I have read that about 25% of the workers are transient workers, the city state is made up of immigrants, of which about 8% are Indian.

The reason I bring this up is because sometimes just like an individual who snaps, so can a large group. ZeroHedge.com in their coverage of the incident titled their blog post, “Riots Break Out In Singapore; Think Your Country Is Immune?”

This is definitely something to think about living in the United States. Many people think that the U.S. is safe from mass riots across the country due to economic civil unrest, but I don’t think anyone should rule out widespread rioting in the streets.

America is like a pressure cooker as my friend Doug Casey has often noted. We have 49% of the population not paying taxes, 23% of the population not only not paying taxes, but being paid to live here in the U.S. No matter what you believe or how much money you have, our health care system is screwed up. Our welfare and warfare state is robbing the middle class, and the entitlement ponzi-schemes are robbing our young of opportunity.

A lot of these thoughts and more are weighing on Americans, will they snap one day and take their grievances to the street?

I think there is a good chance during this depression, with nearly 48 million people on government food stamps, long term unemployment near records, and real unemployment closer to 20%, anger and frustration is building up.

A recent poll by ABC News and the Washington Post revealed that the dissatisfaction with the U.S. government was at 80%.

There are a lot of legitimate grievances that can add a lot of pressure to people who are barely making it or who are literally sliding out of the middle class and into poverty.

I for one am very tired and extremely annoyed over all the fraud and waste I see on a daily basis. From the U.S. getting involved in everyones’ business around the world, to me paying taxes only to see millions of people cash out on MY money so they can live a lazy lifestyle. A welfare mom in New York for instance revealed that she collects just over $38,000 a year, this is more than the starting salary of a teacher in the state. Although the actual welfare queen state is Hawaii, where a person with two children can receive up to $60,590 per year in benefits.

Then we have the government workers…Not even going to go there.

My point in all of this is prudence, be prepared, especially now as the depression drags on destroying what was left of America’s middle class.

Daniel Ameduri is the President of Future Money Trends. He is the producer of some of the most informative and viral videos about the financial crisis, coming trends, and strategies you can implement to shield yourself from economic disaster. You can follow more of Daniel’s commentary, analysis, and recommendations by subscribing to his free weekly Future Money Trends Digest or his premium Smart Money report.