Are You Designated As A “Super Gun Owner” And Will You Soon Be Targeted For Disarmament? 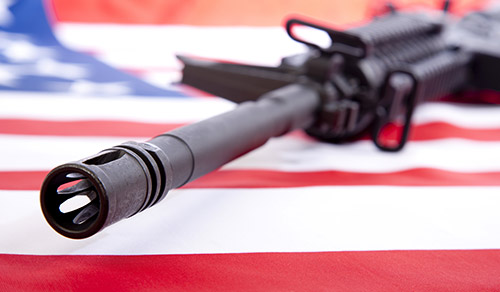 Isoroku Yamamoto was the fleet admiral of the Japanese Imperial Navy during World War II and was reportedly quoted as saying that you cannot invade the mainland of the United States because “there would be a rifle behind every blade of grass.”

It is true that Americans own some 265 million guns nationwide at last count, so Yamamoto was probably not too far off about the amount of firearms Americans have at their disposal.

But a new survey from Harvard/Northeastern suggests that just because we have that many privately owned firearms in America doesn’t necessarily mean that 265 million of us are armed.

According to the survey about 3% of Americans own half of all the guns and they are affectionately referred to as “Super Owners.”

Americans own an estimated 265m guns, more than one gun for every American adult, according to the most definitive portrait of US gun ownership in two decades. But the new survey estimates that 133m of these guns are concentrated in the hands of just 3% of American adults – a group of super-owners who have amassed an average of 17 guns each.

The unpublished Harvard/Northeastern survey result summary, obtained exclusively by the Guardian and the Trace, estimates that America’s gun stock has increased by 70m guns since 1994. At the same time, the percentage of Americans who own guns decreased slightly from 25% to 22%.

The new survey, conducted in 2015 by public health researchers from Harvard and Northeastern universities, also found that the proportion of female gun owners is increasing as fewer men own guns. These women were more likely to own a gun for self-defense than men, and more likely to own a handgun only.

This is the first time we’ve heard of “Super Owners” and we kind of like the designation.

Unfortunately, now that it is out in the open, it’s only a matter of time before we start hearing about “Super Owners” being dangerous to society and the need to disarm them of the majority of their weapons.

Because, you know, who needs 17 guns, right?