Are Journalists Creating Drama So They Can Report It? “Full Measure with Sharyl Attkisson” on the “Unfreedom of the Press” 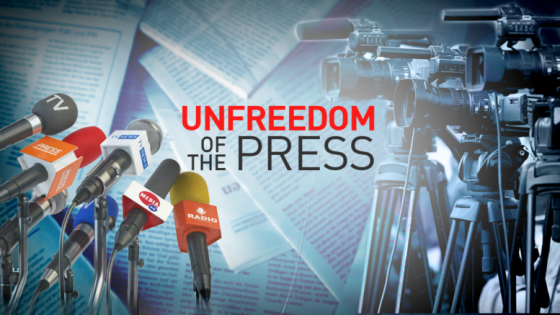 Broadcast news programming has changed a lot over the past 15-20 years.  News magazine programs like “Dateline” covered more than tragic and twisted crimes.  They also didn’t use marketing slogans like “Don’t Watch Alone.”

Drama sells and, unfortunately, there seems to be no shortage of it being reported by all media sources.  But when is it news and when is it deliberate public manipulation?

From “Full Measure with Sharyl Attkisson”  – Unfreedom of the Press:

Sharyl: You wrote “the American free press has degenerated into a standardless profession, not through government oppression or suppression, but through self-censorship, group think, bias, omission and propaganda.”

Mark Levin: There’s a new doctrine that’s being pushed in journalism school, has been for about 30 years, which is to push what’s called public journalism or community journalism, which is social activism. And so now you have a lot of reporters, Jim Acosta is a perfect example, who create the drama, then report on their own drama that becomes news for five days. President calls that “fake news.” He’s right. There was a professor Boston who used to head the Library of Congress, but he was a historian at the University of Chicago. Wrote a whole book on it, pseudo events. Our news is filled with phony events and filled with propaganda.

Yikes.  No wonder I feel like I’m watching Wag The Dog when I try to catch up on current events.