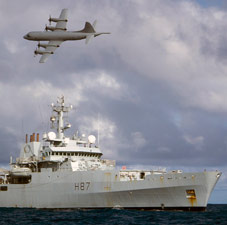 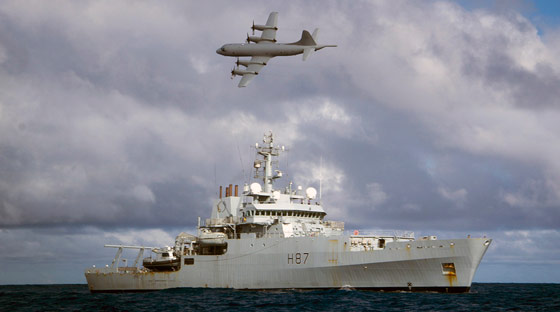 (Pictured: A variant of the P-3 Orion Submarine Hunter flying over a British survey ship)

It may be time to worry, because the following report from Kit Daniels of Infowars.com says the U.S. Navy may be searching for a foreign submarine just off the coast of San Diego, California:

Anti-submarine aircraft have been loitering over the same area off the California coast for hours, which is fueling speculation that a Russian – or a North Korean – submarine was spotted in the area.

While the report of a foreign vessel is unconfirmed at this point, the military patrol is apparently not part of a routine exercise due to the number of aircraft hovering over the same area and the late hours of operation. 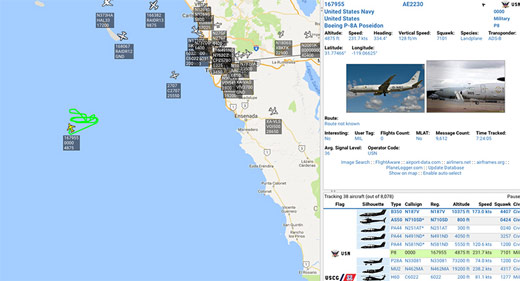 Earlier this morning a South Korean newspaper reported that China is massing as many as 150,000 troops on the North Korean border.

The moves follow an ultimatum to the United States from Russia and Iran promising retaliatory military strikes should the United States act against Syria. President Donald Trump met with Chinese President Xi over the weekend – is it possible that China, in no uncertain terms, gave America the same warning?