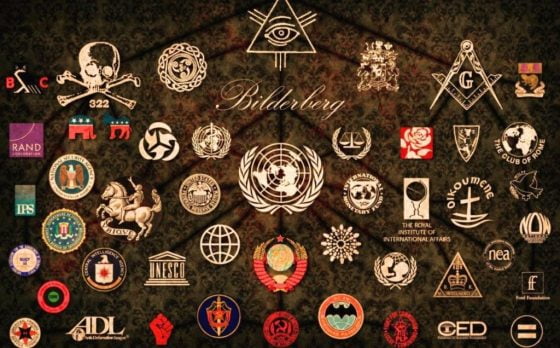 Even though most Americans now realize that the mainstream media lies to them and uses propaganda to push the enslavement narrative of the ruling class elitists, most still consume it. Many others still know things aren’t right, but don’t use the critical thinking skills necessary to ever be free from their mental chains.

Because we’ve seen so much ridiculous agenda-pushing in the past few months, let’s take a look at all of this propaganda, fear-mongering, and mind control brought to us by the mainstream media and the CIA. Denial is the worst thing we can engage upon as this situation is unfolding.  Bottom line, no-rose colored glasses expectation is; there will be no quick recovery and there is a high probability that we’ll have to endure severe austerity for years, as the media engages in a strategy of psychological operations on Americans.

We all know the elitists who want to rule to world need us in a state of panic and fear in order for us to be willing to subjugate ourselves. That right there is a powerful tool that they’ve been using for decades with the compliance and assistance of the mainstream media.

The mainstream News Media across the board (all of them) seem to be clearly under the control of an elite group of people (puppet-masters) in power (at levels above puppet governments in place) who are providing the narratives for media, which arguably are being employed to control the behavior of Americans using proven mind control methods based in well designed propaganda that is broadly distributed to develop a ‘herd’ mentality. –ValueWalk

There should be no more illusions. The cops are willingly enforcing tyranny while the mainstream media at the commands of the ruling class and their masters above them, continue to panic the public into accepting the most horrible of all outcomes. Yet, even though this is well-known, they are still attempting to label people who state the obvious “conspiracy theorists.”

If you even remotely think that the mainstream media is not propaganda designed to alter your behavior and perception, check this out:

This has become a grand war for the power of your mind.  If the elitists control and enslave your mind, there is no need to control or enslave your body.  You’ll be obedient and do what you’re told without fighting back and you will even tattle to the masters when other slaves refuse to comply any longer. This our path unless we change it now.

Operation Mockingbird isn’t a secret, but it is something the mainstream media doesn’t want you to focus on or even know about. Operation Mockingbird is a large-scale mind control program of the United States Central Intelligence Agency that began in the late 1940s. The CIA manipulated the news media for propaganda purposes in order to make sure the American public would willingly accept their slavery when the time came. It funded student and cultural organizations and magazines as front organizations.

And it has largely been successful.  Americans, for the most part, believe everything they are told as long as the media tells them and they look down on those who ask questions or show evidence that the official narrative makes little or no sense. If you haven’t watched the documentary Out of Shadows, I highly recommend it.

Don’t let them rule you. Don’t let them own you.  You own yourself, you always have. No other human being, whether they call themselves government or a gang, has any right to your life or the fruits of your labor.  Wake up, and stop acting like a slave when being free is your birthright.