America’s No. 1 Milk Company Declares Bankruptcy Among Loss of Demand 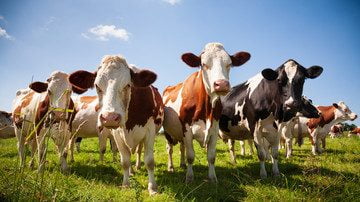 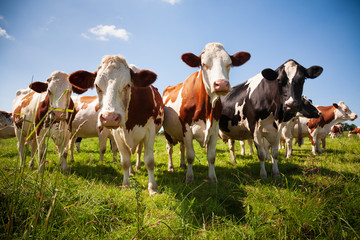 Dean Foods has declared bankruptcy saying there’s been a drop in demand for milk and milk products in the United States. The Dallas company said it may sell itself to the Dairy Farmers of America, a marketing cooperative owned by thousands of farmers.

According to AP News, Dean Foods blamed a decades-long drop in milk consumption on people turning to alternatives like soda, juice and almond milk.  And Dean Foods is not the only dairy farm having problems in the U.S.

The blows to the farming industry just keep coming. “Despite our best efforts to make our business more agile and cost-efficient, we continue to be impacted by a challenging operating environment marked by continuing declines in consumer milk consumption,” CEO Eric Berigause said in a statement.

Since 1975, the amount of liquid milk consumed per capita in the U.S. has tumbled more than 40%. Americans drank around 24 gallons a year in 1996, according to government data. That dropped to 17 gallons in 2018. –AP News

Health concerns and animal welfare concerns have driven former dairy drinkers to consider other options, such as “nut milks.” Oat milk, for example, saw U.S. sales rise 636% to more than $52 million over the past year, according to Nielsen data. Sales of cow’s milk dropped 2.4% in that same time frame.

But not all dairy products have been affected. U.S. butter and cheese consumption is up since 1996, for example. “We’re eating our dairy, not drinking it,” said Mark Stephenson, director of dairy policy analysis at the University of Wisconsin-Madison.  Butter and cheese is still a staple in most households.

Dean employs 16,000 people and operates 60 processing facilities across the country. On any given day, it is running 8,000 refrigerated delivery trucks on U.S. roads.

It supplies milk for its own brands, like Dairy Pure, Meadow Gold and TruMoo, as well as store brands. One big blow came last year, when Walmart opened its own milk processing plant in Indiana.

Dean said it will continue operating normally while it puts its finances in order under Chapter 11 bankruptcy. It has lined up about $850 million in financing from lenders. –AP News