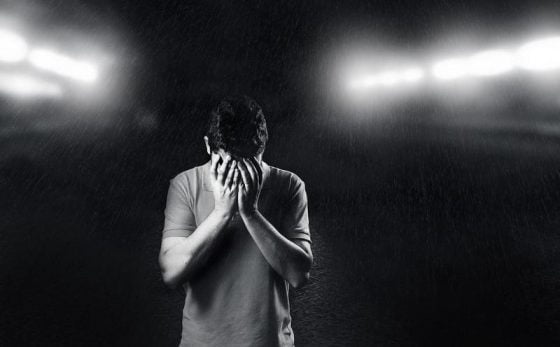 As fears of a second wave of COVID (and the concomitant risk of re-lockdowns for America) soar, the last week saw 1.48 million more Americans filed for unemployment benefits for the first time (notably worse than the 1.32 mm expected). 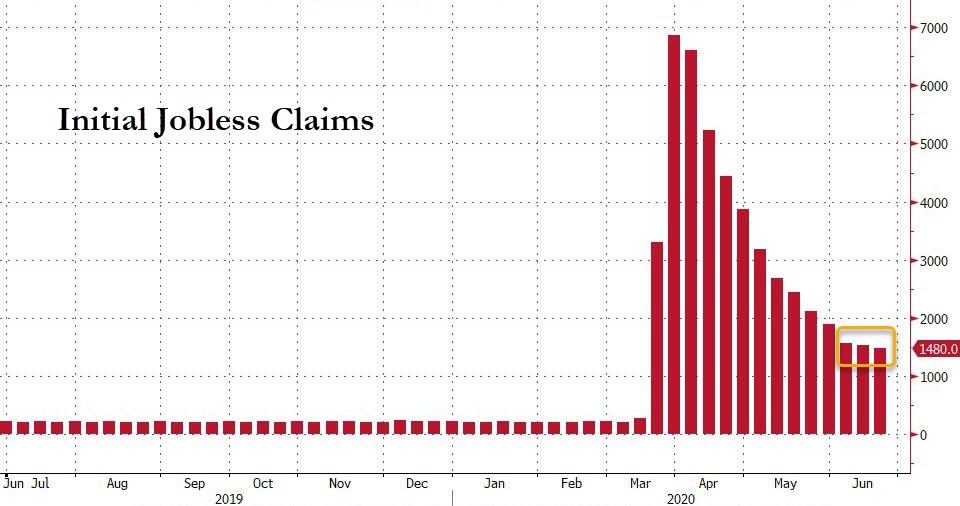 That brings the fourteen-week total to 47.25 million, dramatically more than at any period in American history. However, as the chart above shows, the second derivative has turned the corner (even though the 1.48 million rise this last week is still higher than any other week in history outside of the pandemic)

Continuing Claims did drop modestly but hardly a signal that “re-opening” is occurring! And definitely not confirming the PMI data… 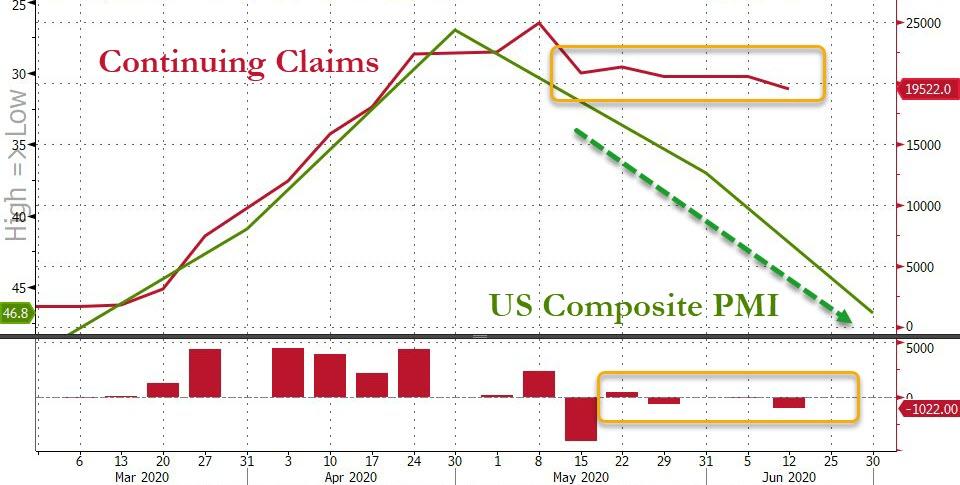 And as we noted previously, what is most disturbing is that in the last fourteen weeks, more than twice as many Americans have filed for unemployment than jobs gained during the last decade since the end of the Great Recession… (22.13 million gained in a decade, 47.25 million lost in 14 weeks) 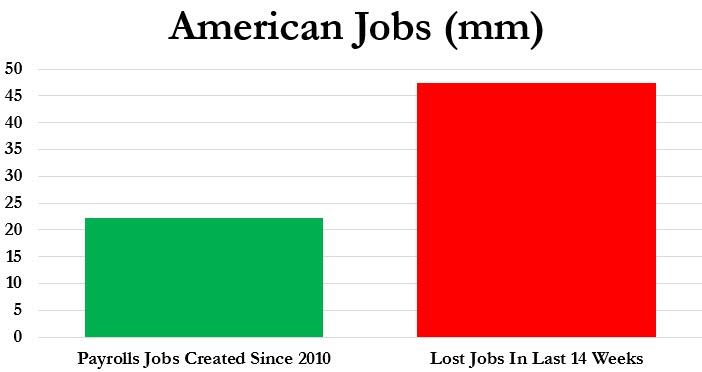 Worse still, the final numbers will likely be worsened due to the bailout itself: as a reminder, the Coronavirus Aid, Relief, and Economic Security (CARES) Act, passed on March 27, could contribute to new records being reached in coming weeks as it increases eligibility for jobless claims to self-employed and gig workers, extends the maximum number of weeks that one can receive benefits, and provides an additional $600 per week until July 31.

The big question remains – what happens when the $600 CARES Act bonuses stop flowing? Will those who stayed home (thanks to making more money sitting on their couch than working) be able to find a job?