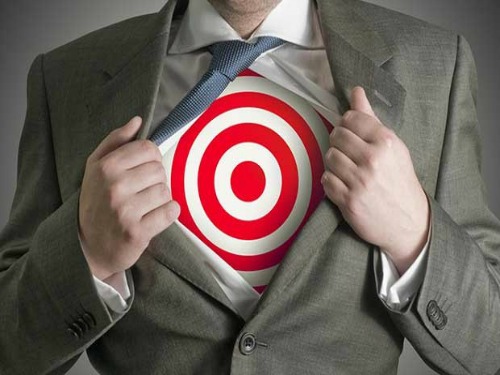 There is a classic denial tactic that many people use when confronted with negative facts about a subject they have a personal attachment to; I would call it “deferral denial” — or a psychological postponing of reality.

For example, point out the fundamentals on the U.S. economy such as the fact that unemployment is not below 4% as official numbers suggest, but actually closer to 20% when you factor in U-6 measurements including the record 96 million people not counted because they have run out of unemployment benefits. Or point out that true consumer inflation in the U.S. is not around 3% as the Federal Reserve and the Bureau of Labor Statistics claims, but closer to 10% according to the way CPI used to be calculated before the government started rigging the numbers.  For a large part of the public including a lot of economic analysts, there is perhaps a momentary acceptance of the danger, but then an immediate deferral — “Well, maybe things will get worse down the road, 10 or 20 years from now, but it’s not that bad today…”

This is cognitive dissonance at its finest. The economy is in steep decline now, but the mind in denial says “it could be worse,” and this is how you get entire populations caught completely off guard by a financial crash. They could have easily seen the signs, but they desperately wanted to believe that all bad things happen in some illusory future, not today.

There is also another denial tactic I see often in the world of politics and economics, which is what I call “paying it backward.” This is what people do when they have a biased attachment to a person or institution and refuse to see the terrible implications of their actions. For example, when we point out that someone like Donald Trump makes destructive decisions, such as the continued support of Israel and Saudi Arabia in Syria and Yemen, or the reinstatement of funding for the White Helmets in Syria who are tied to ISIS, Trump supporters will often say “Well what about Obama?”

The same goes for countries and economies. When an analyst points out that U.S. debt is at historic highs and is utterly unsustainable, people in denial will say “but what about China or Europe?” One does not negate the other and, of course, there are differences that make the situation in the U.S. far more tenuous.

Primarily I am talking about America’s endless dependency on the world reserve status of the U.S. dollar and, beyond that, the steady expansion of debt at low interest rates for the past decade.

The Federal Reserve, once the No. 1 buyer of U.S. debt, has essentially declared it is cutting off support and has begun dumping assets from its balance sheet. The only assets the Fed seems to be maintaining are Mortgage Backed Securities (MBS). All others are being cut, including Treasuries. The American economy is inexorably attached to the idea of our Treasury debt as a safe investment, with our national debt spiking above $21 trillion and many trillions more owed to entitlement programs depending on how you calculate the expenditures, there is a vital need for steady foreign investment in U.S. debt.

But what happens when investment in U.S. debt becomes politically unsavory? Consider the current escalation of the trade war; Many pro-dollar talking heads and cheerleaders have argued in the past that no nation has the guts to dump dollar denominated assets and risk the wrath of American “economic might.” But, already we have seen Russia dump half its U.S. Treasury holdings in a single month and the trade war has only just begun.

Is Russia’s action a sign of things to come? Will other nations like China follow the same strategy? We will have to wait and see, but I believe this is the inevitable outcome of the trade war if it drags on for the rest of the year.

America’s dependent nature, feeding off of foreign investment to support its debts, is a disaster waiting to happen. The concept of economic “recovery” is laughable until this issue is addressed.  And, entering into a trade war while ignoring this blaring weakness is foolish, to say the least.

Beyond the issue of government (taxpayer) debt, let’s not forget about American corporations and consumers. U.S. corporate debt as a percentage of gross domestic product is at historic highs not seen since the housing bubble of 2008 or the dot-com bubble of 2001. There is a distinct difference, though, that makes today’s bubble far more insidious. After years of near-zero interest rates, corporations have become addicted to cheap debt. So much so that they have been borrowing nonstop to support their own stock prices through stock buyback manipulation. But now the Fed is raising interest rates and has committed to expanded hikes in the future.

So, what will corporations do as the cheap debt dries up? Thus far, they are spending the majority of their Trump tax cut still trying to artificially prop up stock process. When this money runs out (and I believe it will much faster than the mainstream thinks), the existing debt of these companies will cost much more to finance, and future borrowing at the same pace will become impossible. This is a threat that is developing now, not in some far-off future.

Eventually, corporations will have to make deep spending cuts rather than borrow. This means mass layoffs, store closures and potential cuts to pensions. And, of course, no more stock buybacks, meaning a market crash will ensue.

What about the U.S. consumer? U.S. consumer debt is set to reach new highs by the end of the year; around $4 trillion by official estimates.  While discussion continues about the alleged “labor shortage” in the U.S., one thing is clear — the jobs that do exist do NOT pay wages that keep up with true inflation. When we see spikes in retail sales in the U.S. and this is applauded as economy recovery, very few mainstream analysts point out that higher retail sales are merely tracking higher inflation.

That is to say, consumers are spending more money on less stuff. Again, this is unsustainable, which is why consumer debt is exploding. Dependency on credit cards and loans is being used by the public to offset much higher costs. But as the Fed raises interest rates, this too will end. Higher Fed rates translate to higher credit rates as well as higher mortgage rates (indirectly). With higher interest payments comes a large drop in overall spending.

As you can see, there are at least two forces at work here that will end all talk of U.S. recovery and which undermine any notion of economic strength — the first is the trade war, which I believe is a massive distraction designed to draw attention away from the actions of international banks and central banks. The second is the Federal Reserve, which has addicted the country to cheap fiat and is now flushing the drugs. We cannot delude ourselves into thinking that this trend will remain slow or that it will not develop into a crash in the near term. We also cannot simply deflect to other countries like China or those in Europe as if their problems are somehow worse and therefore ours are not a concern.

The fact that the health of the US economy is inexorably reliant on the continued foreign demand for the dollar and Treasury debt means any reduction of the dollar’s world reserve status or petro-status, or any decline in treasury purchases, will directly affect the carefully crafted image of America as a stable system.  Without a sudden and aggressive resurgence of domestic production and innovation America has no safety net in the event that our debt addiction is used against us.

The argument that the central bank can jump in at any time to monetize that debt and reduce the danger is also delusional.  This assumes first and foremost that the Fed WANTS to reduce the danger.  I believe they want the danger to increase, not decrease.  Debt monetization also has the added bonus of causing even more inflation as foreign investors dump their dollar denominated assets back into the US.  Monetization is a poison, not a cure.

The crisis is here, now. Seeing and accepting it allows us to prepare accordingly. Denying it as inconsequential sets people up as victims of their own bias and ignorance.