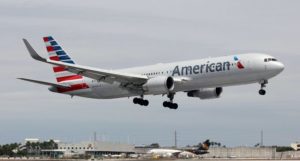 American Airlines was forced to cancel more than 2,000 flights over the weekend, due to “weather” and staffing shortages.  Much like the Southwest Airlines incident a few weeks ago, it seemed like the weather largely impacted only one airline.

In a statement, the airline said further cancelations would likely be prevented with the return of some 1,800 flight attendants from leave, starting on Monday. “We expect considerable improvement beginning today with some residual impact from the weekend,” company spokeswoman Sarah Jantz said in a statement.

According to a report by RT, the United States carrier said the additional cancelations represented some 5% of its total flights planned as of 7.30 am ET (11:30 GMT). American Airlines has now canned some 2,211 flights since Friday.  The cancelations were blamed on staffing shortages, which many people attribute to the “sickouts” over forced vaccination by the airlines. They also claimed there were severe winds at the Dallas/Fort Worth International Airport in Texas, which has seen the airline’s arrival capacity reduced by more than half at the hub. The firm said at the weekend that the unfavorable weather had impacted staffing. Fort Worth is also home to the airline’s headquarters.

The airline, like Southwest, is focusing more on the weather than on the staffing issues that many say is all about the vaccine mandates for workers:

As Eric July aka YoungRippa59 says, we know what’s going on. We aren’t stupid. But the unions and ruling class are not going to concede publically. If these airlines continue to try to force vaccinate their employees, expect this to spread and worsen.

On that note, it sure feels like there are lies about the number of Americans who have taken these shots. If so many are injected, there shouldn’t be staffing issues. According to USA Facts.org:

And with children ages 5-11 still unable until tomorrow to take the shot, that’s either a dramatic exaggeration to convince the holdouts to just roll up their sleeves or those who are refusing just happen to work in industries that can really make an impact if they want to. It could be a combination of both as well. But look into it for yourself. Who knows what the truth is about the statistics we’ve caught them lying about repeatedly over the past almost two years now.

Continue to use discernment and research on your own. We’ve been lied to enough by the ruling class and their puppets in the mainstream that it isn’t out of the realm of possibility that they are lying to us again.