America is No Longer Top Dog: Chinese Military “Reaching Near-Parity” With the West 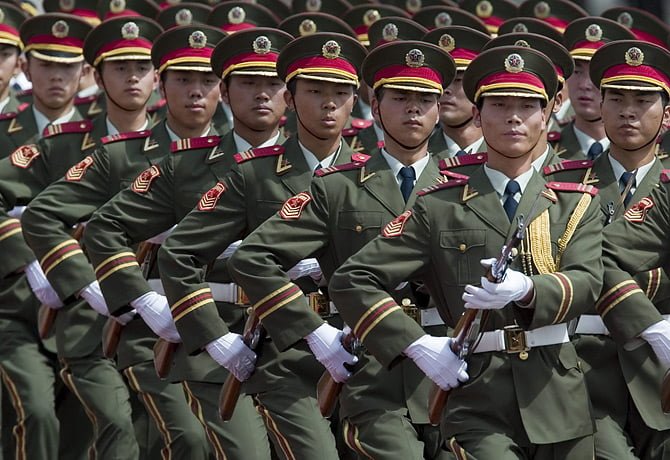 The United States military is without a doubt the most technologically advanced force on the planet, and has been since at least World War II. Most Western nations are likewise, heavily dependent on advanced technology. When the West wins wars, it’s not because of moxy or numbers or cunning. It’s because we can detonate our enemies from miles away on a whim.

In response, our rivals have spent decades trying to compensate with those aforementioned traits. They’re the ones who rely on fighting spirit, cannon fodder, and clever underhanded tactics. They, which includes Russia, China, and lord knows how many insurgents and terrorists, have mastered the domain of unconventional warfare. And they’ve done so by necessity. We’re a wealthy nation with an unbelievably massive military budget. They could never conduct enough scientific research or build enough advanced war machines to compete with us in a conventional war.

It appears that China might be able to. Or at least that’s what the International Institute for Strategic Studies (IISS) thinks. They’re a British think tank that’s been around since 1958, and they have countless members who formerly worked for the British and American governments. The IISS specializes in researching geopolitical issues, and every year they publish the Military Balance report, which examines the military capabilities of the world’s nations. Their latest issue should give the American defense establishment pause.

“Western military technological superiority, once taken for granted, is increasingly challenged,” Dr. John Chipman, Director-General and Chief Executive of IISS, said in a statement. “We now judge that in some capability areas, particularly in the air domain, China appears to be reaching near-parity with the West.”

Instead of its usual practice of working on systems that imitate Soviet and Russian technology, China has shifted its efforts (and budget) to domestic research and development. Its Navy is currently working on three new advanced cruisers, 13 destroyers, and outfitting other ships with better radar.

Most shocking were the claims that China is making fast gains in the air war domain. This is an arena that Western nations have dominated since World War II. It could be argued that the United States hasn’t won any war since the 1940’s without that advantage. Now they’re catching up, partly with their own domestic military research, and partly with research that they’ve stolen from us.

So the question is, what happens if a nation that has already mastered unconventional warfare also reaches parity with the United States when it comes to conventional warfare? Let’s just say that the results won’t be pretty for us should we come to blows with China. Perhaps the Trump and his administration should tread lightly in East Asia, if they want to avoid a rather embarrassing conflict in that region.