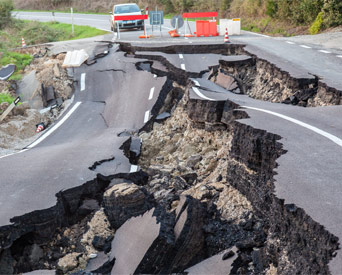 Editor’s Note: We know things are getting bad. But how bad can they get? According to the information shared by Michael Snyder of the Economic Collapse Blog in the article below, families across America are being systematically destroyed and the trajectory of the economic data suggest that it’s are only going to get worse. And though most people don’t realize it’s happening and continue to live their lives in passive oblivion, their lives will soon be shaken to the very core, as everything they have come to know as “normal” is torn to pieces. 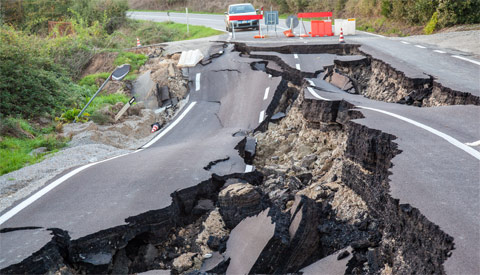 The systematic destruction of the American way of life is happening all around us, and yet most people have no idea what is happening.  Once upon a time in America, if you were responsible and hard working you could get a good paying job that could support a middle class lifestyle for an entire family even if you only had a high school education.  Things weren’t perfect, but generally almost everyone in the entire country was able to take care of themselves without government assistance.  We worked hard, we played hard, and our seemingly boundless prosperity was the envy of the entire planet.  But over the past several decades things have completely changed.  We consumed far more wealth than we produced, we shipped millions of good paying jobs overseas, we piled up the biggest mountain of debt in the history of the world, and we kept electing politicians that had absolutely no concern for the long-term future of this nation whatsoever.  So now good jobs are in very short supply, we are drowning in an ocean of red ink, the middle class is rapidly shrinking and dependence on the government is at an all-time high.  Even as we stand at the precipice of the next great economic crisis, we continue to make the same mistakes.  In the end, all of us are going to pay a very great price for decades of incredibly foolish decisions.  Of course a tremendous amount of damage has already been done.  The numbers that I am about to share with you are staggering.  The following are 19 signs that American families are being economically destroyed…

#1 The poorest 40 percent of all Americans now spend more than 50 percent of their incomes just on food and housing.

#2 For those Americans that don’t own a home, 50 percent of them spend more than a third of their incomes just on rent.

#3 The price of school lunches has risen to the 3 dollar mark at many public schools across the nation.

#4 McDonald’s “Dollar Menu & More” now includes items that cost as much as 5 dollars.

#6 In 1986, child care expenses for families with employed mothers used up 6.3 percentof all income.  Today, that figure is up to 7.2 percent.

#7 Incomes fell for the bottom 80 percent of all income earners in the United States during the 12 months leading up to June 2014.

#9 After adjusting for inflation, median household income has fallen by nearly $5,000since 2007.

#10 According to the New York Times, the “typical American household” is now worth 36 percent less than it was worth a decade ago.

#11 47 percent of all Americans do not put a single penny out of their paychecks into savings.

#12 One survey found that 62 percent of all Americans are currently living paycheck to paycheck.

#13 According to the U.S. Department of Education, 33 percent of all Americans with student loans are currently behind on their student loan debt repayments.

#14 According to one recent report, 43 million Americans currently have unpaid medical debt on their credit reports.

#15 The rate of homeownership in the U.S. has been declining for seven years in a row, and it is now the lowest that it has been in 20 years.

#16 For each of the past six years, more businesses have closed in the United States than have opened.  Prior to 2008, this had never happened before in all of U.S. history.

#17 According to the Census Bureau, 65 percent of all children in the United States are living in a home that receives some form of aid from the federal government.

#18 If you have no debt at all, and you also have 10 dollars in your wallet, that you are wealthier than 25 percent of all Americans.

#19 On top of everything else, the average American must work from January 1st to April 24th just to pay all federal, state and local taxes.

All of us know people that once were doing quite well but that are now just struggling to get by from month to month.

Perhaps this has happened to you.

If you have ever been in that position, you probably remember what it feels like to have people look down on you.  Unfortunately, in our society the value that we place on individuals has a tremendous amount to do with how much money they have.

So if you don’t have much money, there are a lot of people out there that will treat you like dirt.  The following excerpt comes from a Washington Post article entitled “The poor are treated like criminals everywhere, even at the grocery store“…

Want to see a look of pure hatred? Pull out an EBT card at the grocery store.

Now that my kids are grown and gone, my Social Security check is enough to keep me from qualifying for government food benefits. But I remember well when we did qualify for a monthly EBT deposit, a whopping $22 — and that was before Congress cut SNAP benefits in November 2013. Like 70 percent of people receiving SNAP benefits, I couldn’t feed my family on that amount. But I remember the comments from middle-class people, the assumptions about me and my disability and what the poor should and shouldn’t be spending money on.

Have you ever seen this?

Have you ever experienced this yourself?

These days, most people on food stamps are not in that situation because they want to be.  Rather, they are victims of our long-term economic collapse.

And this is just the beginning.  When the next major economic crisis strikes, the suffering in this country is going to go to unprecedented levels.

As we enter that time, we are going to need a whole lot more love and compassion than we are exhibiting right now.

As a nation, we have made decades of incredibly bad decisions.  As a result, we are experiencing bad consequences which are going to become increasingly more severe.

The numbers that I just shared with you are not good.  But over the next several years they are going to get a whole lot worse.

Everything that can be shaken will be shaken, and life in America is about to change in a major way.