All That’s Needed to Jumpstart This

Remember those Hollywood movies where the arsonist is laying the groundwork for setting a big fire later, taking a can of gasoline, and pouring it all over the room? All that’s missing is a light or a match and the whole thing is set ablaze.

If no one ever sets the room on fire, it can stay like that, without ever burning down the house.

That’s exactly how I feel about central banks and what they’ve done. Instead of pouring gasoline all over the house, they printed insane amounts of new currency units, but different from this arsonist analogy, if anyone is to light the match, it would be the American public, which will speed up the velocity of money, the missing link in making this event complete.

Central banks have bought $900 million of financial assets every hour for the past 15 months!

It’s fascinating to see just how weird the gap is between what homebuilders think about housing and what the shoppers are saying with their wallets. 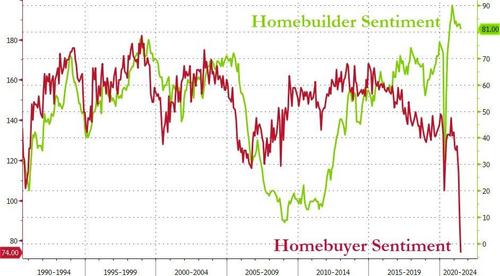 We can certainly start to sense a return to normalcy since incomes that originate from the government now make up a fifth of total income, down from 22.7% in April and down from a record 33.5% in March!

As I said, we are definitely reverting back to the mean and the consumer is dwindling their savings again… 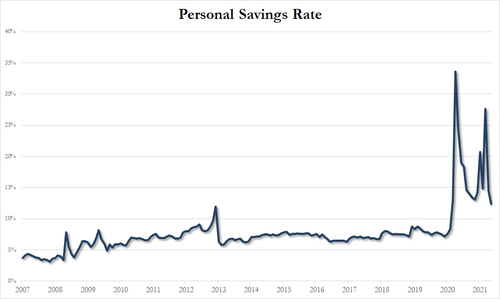 The FED can’t deny reality for long because the one indicator it loves best, the one that’s considered its baby, its own brainchild, has soared!

If one were to waltz into the gasoline-filled room, they could smell the scent of it, just like the FED can look at its own favorite inflation measure and see that it must admit that there’s TNT just waiting to be lit.

I’m taking big personal steps to deal with this and I’ll be sharing them with you!

For now, just know that the FED is lying to you… 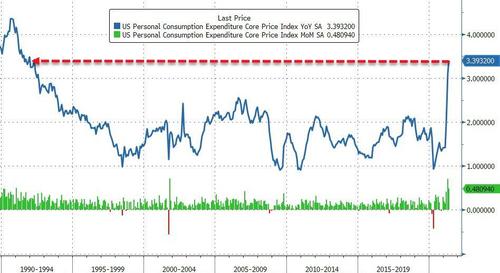