Alinsky’s Absorption Technique Exemplified: “The Spirit Of Revolution That Once Existed In Ireland Is Now Just A Shadow Of Itself” 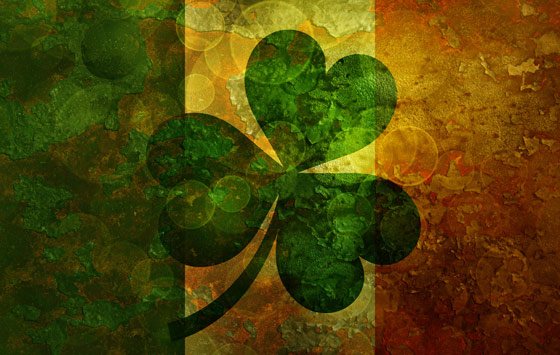 Most of you are well-familiar with the quintessential “community organizer” and Marxist grass-roots manual written by Saul Alinsky, “Rules for Radicals.” This primer on agitation and “soft” revolution has a principle that the Marxists have utilized successfully with the labor unions (Richard Trumka, for example) that has not been lost outside of the U.S. as well.  With St. Patrick’s Day, we can see a prime example of where an organization formed ostensibly for one reason is transformed into another.  The Alinsky principle is to take over an entire organization by “converting” its heads/leaders…called “organizing the organized.”  In this way, the social network stays in place, “led” into a new way of thinking and conduct by the converted leadership.  For this example outside of the U.S., look no further than Sinn Fein.

Established as a political party that supported active Irish independence from Great Britain, it presently is far from what it was originally intended.  Visit their website and find they support LGBT issues and same-sex marriage, along with a whole bunch of other platforms that could come right out of the Planks of the Communist Manifesto.  The U.S. Union boss Richard Trumka’s counterpart in Ireland is none other than Gerry Adams.

His family has quite an active history with both the PIRA (Provisional Irish Republican Army), as well as with other smaller (less well-known) organizations that have actively taken a combat role in fighting the British.  Gerry Adams did a few stints in prison; however, they fit the bill for exactly the type of incarcerations that would suit the purposes of British handlers upon Adams’ release: conditions that were not appalling, short sentences, and frequent communications permitted with the outside.

Since being released his last term in prison, Adams was elected president of Sinn Fein in 1983.  An assassination attempt was made on him in 1984 that was credited to gunman of the UDA (Ulster Defense Association), a paramilitary group of loyalists to Britain.  “Miraculously,” Adams was “saved” by British Troops, although wounded: the attack had been known to be in motion in advance by the British.  Such an operation could do nothing but substantiate Adams’ position in the eyes of the Irish.

Adams has upheld the call to keep armed struggle out of politics, and has fervently denied being any part of the IRA (Irish Republican Army), while still stating his support for them privately, as evidenced by this quote:

“I’m very, very clear about my denial of IRA membership but I don’t disassociate myself from the IRA.”  (November 24, 2013)

He has clearly been treading the line between both sides.  Now that most of the bombers and fighters from the 1960’s to 1990 have aged and “bowed out” of conflict, you find Sinn Fein appearing more and more akin to the American Democratic Party than to one originally intended to bring about the departure of Ireland from Great Britain and the forming of Ireland as a nation.  Such a metamorphosis is clearly seen in countless organizations that time, coupled with left-wing policies designed to subvert the existing institutions of society and cram it into a globalist packaging, is rampant and extant in every nation.  Look at the Boy Scouts of the U.S. fifty years ago, and look at them now.  Look at virtually every civic and social club and organization and see the amount of filth, immorality, and destroyed traditions purposefully introduced into them by those who wished to destroy them from within.

Sinn Fein is no different, and they have been used as a tool in the hands (and at the behest of) the British to quell the fighting spirit of the Irish who have thirsted for independence from Great Britain for centuries.  Be advised: this piece is not written to either commend or excuse indiscriminate bombings and the killing of innocents that has taken place.  But the spirit of revolution that once existed in Ireland is now just a shadow of itself.  We, too, had a country that once needed to be formed in the fires of revolution.

As governments age, they become conscious only of their own need to survive and maintain power.  They do so by taking dissenting groups and organizations, and either infiltrating them to destroy them outright, or by planting an agent of their own creation in their midst to change it from within.  Gerry Adams is a prime example of such an agent, and the sooner the Irish realize this, the better it will be for them.  They can accomplish a referendum to exit from the dominion of Great Britain, and hopefully peacefully.

Although Armagh used to be considered a combat tour for British regulars, what goes unmentioned was what was done from their end to the Irish.  The toughest fight the Irish face is to keep an organization that helps to bring about peaceful change and independence without it becoming a puppet-organization or figurehead to dupe the people into believing it is going about in its original mission…when it is not.  Here in the United States, we would be wise to consider our own last eight years under Obama and all of the havoc he wrought within our own social organizations and political parties.  We always have to keep in mind the “organizing the organized” technique of Alinsky, as it will never be completely out of play, no matter who enters into office.

This article may be republished or excerpted with proper attribution to the author and a link to www.SHTFplan.com