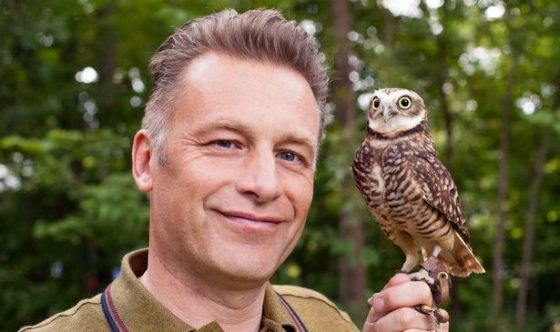 According to The Guardian, Packham, who is a naturalist and broadcaster, is urging people to join him next month on a10-day “bioblitz.” This would involve visiting road verges, farmland, parks, allotments, and community nature reserves across the country to record what wildlife remains. The wildlife to be looked at would range from butterflies to bryophytes, linnets to lichens. Next week, Britain will become the first country in the world to dedicate a national week to helping swifts. The naturalist hopes his bioblitz will showcase their expertise and inspire newcomers to begin to understand and get involved in nature. Packham also wants to focus on farmers. “There are a lot of good farmers out there and we are going to celebrate their work as well,” he said.

Packham claims that the British people have normalized a “national catastrophe” and only see a wealth of wildlife in nature reserves, with the wider countryside completely devoid of any life. “Nature reserves are becoming natural art installations,” he said. “It’s just like looking at your favorite Constable or Rothko. We go there, muse over it, and feel good because we’ve seen a bittern or some avocets or orchids. But on the journey home there’s nothing – only wood pigeons and non-native pheasants and dead badgers on the side of the road. It’s catastrophic and that’s what we’ve forgotten – our generation is presiding over an ecological apocalypse and we’ve somehow or other normalized it,” added Packham.

“How many wildflowers can we see? None. Where’s the pink of ragged robin? Where’s the yellow of flag iris? The other colors are not there. It’s not green and pleasant – it’s green and unpleasant,” Packham says despairingly of looking at the rolling hills beyond this year’s setting for Springwatch on the National Trust’s Sherborne estate in the Cotswolds.

Packham has also posted recent tweets which have gone viral. He commented on the absence of insects during a weekend at his home in the middle of the New Forest national park. He claimed he did not see a single butterfly in his garden. He also said that he sleeps with his windows open but rarely finds craneflies or moths in his room in the morning whereas they were commonplace when he was a young boy.

I’ve been in my garden in Hampshire for the last couple of days . Sunny , plenty of wildflowers . Not a single butterfly . Not one . Nothing . And in the woods a handful of Speckled Woods . I think we are at a point of absolute crisis in our countryside .

The dying off insects has been noticed before, and scientists have feared that it could mean the earth is unbalanced ecologically and there could be serious implications for all life on the planet. Germany was revealed to have lost 76% of all flying insects since 1989 and Packham says the decades of losses were finally visible to humanity.

Three-quarters of flying insects in nature reserves across Germany have vanished in 25 years, with serious implications for all life on Earth, scientists say. According to The Guardian, insects are an integral part of life on Earth as both pollinators and prey for other wildlife. It was known that some species, such as butterflies, were declining. But the newly revealed scale of the losses to all insects has prompted warnings that the world is “on course for ecological Armageddon”, with profound impacts on human society. –SHTFPlan

But Packham’s focus is on all animal life. Since he first became passionate about birds, in 1970, Britain has lost 90 million wild birds, with the turtle dove population down a whopping 95% since 1990.  The turtle doves are now hurtling towards extinction. The State of Nature 2016 report described Britain as being “among the most nature-depleted countries in the world.” The report contained scientific data and statistics from more than 50 conservation and research organizations. That data has revealed that 40% of all species are in moderate or steep decline.