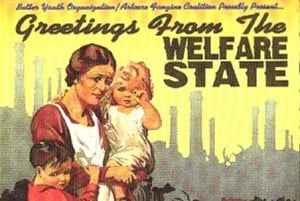 This weekend America witnessed a limited crash in the computer systems that manage electronic benefit transfers across the country. Within hours of the crash panicked food stamp recipients who were left with no way to feed their families rushed grocery store shelves to obtain everything they could while the system was down.

The outage lasted less than a day, but it proved what many already knew, that America had become a nation so dependent on government subsidies that any glitch in the system could lead to total pandemonium.

But if you thought that isolated incident was bad, imagine what could happen next month.

We say next month because the USDA, which oversees the Supplemental Nutritional Assistance Program (SNAP), has just issued an order to SNAP agency directors calling for their respective States to implement an emergency contingency program because of government funding issues. In a letter obtained by the Crossroads Urban Center food pantry, the USDA is directing state agencies to, “delay their November issuance files and delay transmission to State Electronic Benefit Transfer (EBT) vendors until further notice.”

What this means is that should Congress fail to increase the debt ceiling this week, come November there will literally be millions of people in the United States who will have exactly zero dollars transferred to their EBT cards.

What will happen to the nearly 50 million people who depend on these benefits to survive?

Think this past weekend and multiply it across the entirety of the United States of America.

In the State of Utah the immediate effect of the USDA’s contingency plan will be a freeze in benefits for 100,000 people. Richard Phillips, a homeless man who depends on the government’s monthly distributions, warned what would happen next:

Video Report via The Daily Sheeple:

Here is the USDA letter in full: 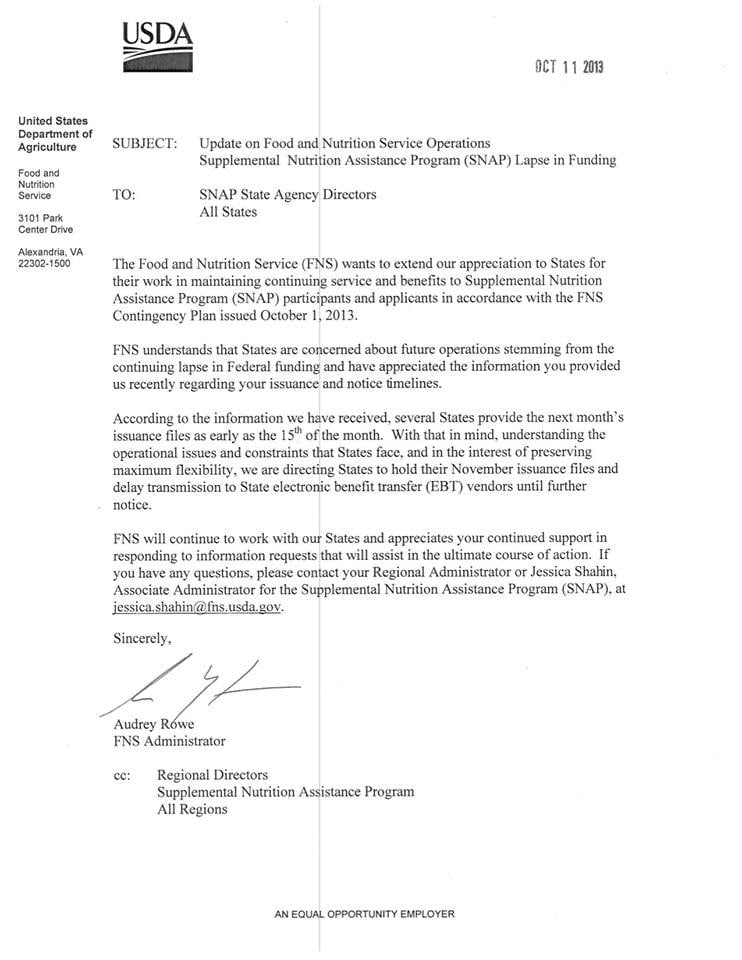