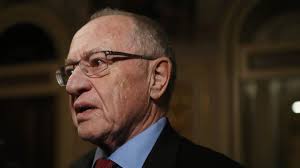 Alan Dershowitz, the infamous lawyer for Donald Trump who said the government can “jab a needle in your arm” is in Jeffrey Epstein’s little black book of people who flew on the Lolita Express no fewer than 12 times.

Dershowitz, who defended President Donald Trump during his Senate impeachment trial says you have no right to decide what goes into your body. That is for the government to decide. Americans need to wake up. There is no left or right. The rulers are all on the same team. It’s us vs. them.

So. who among Epstein’s infamous black book will need a good lawyer if Ghislaine Maxwell starts singing? At the top of the list are the usual scandal magnets, Prince Andrew, Bill Clinton, and Alan Dershowitz. They all hung around with Epstein, but each has a history of slithering out of jams.

Other Epstein associates with less experience in the hot seat might also start to squirm. Billionaire hedge fund owner Glenn Dubin, for example, who is one half of an accomplished Manhattan super-couple: His striking wife, Dr. Eva Andersson-Dubin, founded the Dubin Breast Center of the Tisch Cancer Institute at the Mount Sinai Medical Center.

Dershowitz is little more than a Nazi, with views that you have no right to your own body. He’s borderline senile, like Biden, and thinks the government can use any force necessary to “plunge a needle in your arm.” He’s a member of the elitists and ruling class and should be afraid that his ties to known pedophiles have surfaced.

But don’t expect justice. As we mentioned a few days ago, if Maxwell even comes close to signaling that she’s going to “name names,” she will meet a similar fate as Epstein. We’ve seen this before. The mainstream media will cover it up as a suicide and the tyrannical pedophiles will go on terrorizing the public and enslaving the masses. 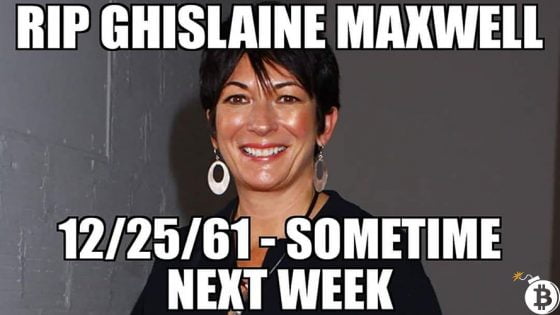 The dirtbag Dershowitz also helped ensure Epstein never paid for his crimes. When Jeffrey Epstein found out in 2005 that he was being investigated by police for the sexual abuse of underage girls, he called Dershowitz.  The allegations were that Epstein had sexually abused girls when they were underage, sexually assaulted them, or masturbated in front of them during massages at his mansion. Dershowitz went to work discrediting some of Epstein’s accusers. One young woman, identified as A.H., said that she had started going to Epstein’s house when she was 16, that he had photographed her naked, and that he had attempted to rape her. Dershowitz sent the lead investigator a letter intended to call into question her character, culling information from her social media accounts. This character assassination helped Epstein get a “cushy plea deal” without actually having to pay for his crimes.

Epstein’s legal team arrived at a “non-prosecution agreement” with the office of the US attorney in Miami, then led by Alexander Acosta, who went on to become President Trump’s secretary of labor (he announced his resignation earlier this month after criticism of his role in the Epstein case). Under the deal, Epstein spent 13 months in jail and was able to go on work release to a nearby office — where, according to an attorney representing his accusers, he was able to continue preying on women. –VOX

Dershowitz isn’t the only high profile tyrant in Epstein’s book, but considering he thinks the government owns the bodies of millions of people, it’s imperative we shed some light on the distasteful character that he is as he continues to slither his way into positions of power.

It isn’t really shocking now that Dershowitz thinks he can violate the consent of those who don’t want to be vaccinated. After all, it looks like he has a habit of violating others without their consent and defends those who do the same.