Actor John Krasinski: “We Should Thank and Cherish The CIA” 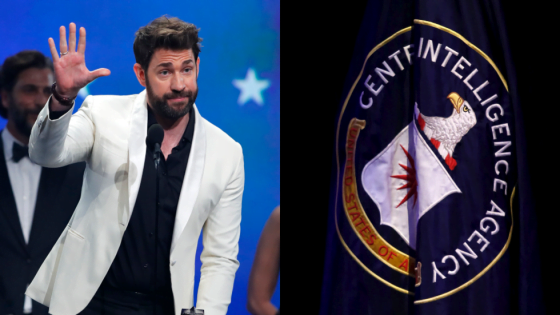 According to actor John Krasinski, Americans should both thank and cherish the Central Intelligence Agency. After all, without the agency, who would prop up foreign dictators, stage coups, and “play” with mind-control drugs?

Krasinski who starred in the TV show “The Office” and now “Tom Clancy’s Jack Ryan”, came out and told reporters before the release of season 2 that “The CIA is something that we should all not only cherish but be saying thank you for every single day.”

Unlike the FBI, the CIA is not tasked with fighting crime in America. It doesn’t spend its time tracking murderers and busting pedophile rings (although lately, the FBI seems just as much a part of the deep state as the CIA). Instead, the agency often operates in the shadows abroad, and while its officers do foil terror attacks and intercept shipments of weapons of mass destruction (albeit very rarely), the agency has also been referred to by journalist Douglas Valentine as “the organized crime branch of the US government.”

Among them are more than 50 attempted coups. Some, like the 1961 ‘Bay of Pigs’ invasion of Cuba were abject failures. Others, like the overthrow of democratically-elected Chilean president Salvador Allende in 1973 were successful, much to the horror of the tens of thousands of Chileans who were arrested, tortured, or extrajudicially murdered by the dictatorship of Augusto Pinochet that followed. –RT

Can we take a moment and be “thankful” for all of the MKUltra experiments the CIA has done too?

MKUltra Docs: The CIA Made Remote-Controlled Dogs With Brain Surgery

The Making of a Monster: We’re All Lab Rats in the Government’s Secret Experiments

The agency’s worst excesses were not abandoned after the fall of communism either. In the aftermath of the 9/11 attacks, the CIA kidnapped and tortured terror suspects around the world, sometimes holding them for years on end with no trial. Current director Gina Haspel is accused by rights groups of running at least one ‘black site’ in Thailand, where detainees were reported to have been held in conditions compared to a medieval “dungeon,” and at least one inmate was waterboarded almost to death. –RT

So the week before Thanksgiving, let’s all take a moment and thank the largest group of violent criminals: the CIA.