Active Shooters: When Violence is the Answer: “Denial and Hesitation Makes For A Soft Target” 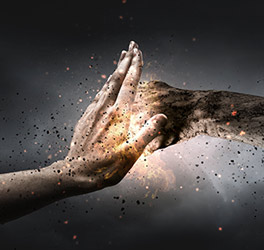 The following article has been contributed by Joe Alton, M.D. and Nurse Amy Alton, A.R.N.P. of DoomAndBloom.net. They are the authors of the widely popular Survival Medicine Handbook. 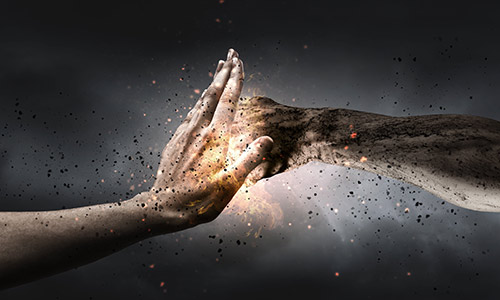 As a physician, my focus is how to heal wounds rather than how to cause wounds. A terrorist, however, has quite different goals. Normally, they have a short window of opportunity, and their focus is to cause as many casualties as possible during their brief (hopefully) remaining time on Earth.

I’ve been asked quite a bit lately about what to do in active shooter situations. My standard answer has been the same as that given by the Department of Homeland Security: Run, Hide, Fight, in that order.

When potential victims put distance between themselves and the shooter by running, they make themselves a more difficult target than someone laying on the ground two feet in front of the gunman. When targets remove themselves from the line of sight of a shooter by hiding in a different room, preferably with a barrier against the door, the gunman may, knowing his time is short, search for easier victims. Fighting back is recommended as a last resort; it’s a superior strategy to closing your eyes and taking a bullet to the head.

Which takes us to the Orlando shooting. This horrific event took a full three hours before the threat was neutralized. This amount of time gave the gunman ample time to seek out people that were hiding, often in bathroom stalls, and make casualties out of those that would have survived if the event had been terminated more quickly.

I’m not a member of a SWAT team, just an old sawbones, so I can’t comment on the time it took for SWAT team members to abolish the threat. I assume it had to do with concern about hostages and the safety of the team, all perfectly reasonable concerns.

I have seen accounts of brave individuals helping people out of the building, which certainly saved lives, but I have yet to see any 9/11 Flight 93 “let’s roll” moments which indicated that some of the bar’s patrons tried to stop the killing by dropping the attacker.

This disturbs me, as it is thought that the gunman fired off 200 rounds, something that would have required reloading magazines into the rifle multiple times. This was a rifle that the gunman had little experience with, so there must have been a number of opportunities to intervene in the killing and end the event. This, apparently, never happened and the casualties were a record for a lone gunman attack.

The “success” of this terrorist may serve as a blueprint for future attacks. If there’s an exit to run through, it’s still the best option, in my opinion. Always be situationally aware and mentally mark where those exits are anytime you’re in a crowd. But if a gunman has three hours to find you, is hiding the next best thing? If someone was given three hours to find you in your house or your place of work, what do you think of their chances? Probably pretty good.

This leads me to think that, in the Orlando shooting, fighting back would have cut down significantly on the casualties. Why did some of the 300 young and able people in the bar not take that option? It’s not as if the objective of the gunman wasn’t clear.

It all comes down to the natural paralysis that occurs when something happens foreign to the average person’s thought process. We are all victims of normalcy bias: that is, we believe the events of the day will follow a certain pattern, because they always have. When this pattern is broken by an atrocity, the human brain processes it slowly; denial and hesitation makes for a soft target. Certainly, becoming violent is not part of the mindset of the average person in most scenarios.

Yet, there are circumstances when violence is the answer. Statistics published in the FBI Law Enforcement Bulletin indicate a significant minority of attacks which ended before law enforcement arrived were aborted by a single citizen without a firearm. In fewer instances, a firearm-carrying citizen terminated the event and, in other cases, the shooter terminated himself or law enforcement arrived to do him (and us) the favor.

I’m not saying that it’s a great idea for 300 people in a bar to be carrying loaded weapons, but an unarmed citizen can still make a difference. The patrons of the Orlando nightclub where the shootings occur were, indeed, armed. There were bar glasses, bottles, and 300 cell phones that could have been used as projectiles to hurl at the gunman, while a number charged the attacker from different directions to drop him to the ground and grab his weapon.

This guy wasn’t James Bond. He would have been disconcerted by multiple attackers and objects thrown his way. He would have ducked and flinched, and would have had to make decisions as to who to shoot. I’m not saying someone might not have been killed attacking the gunman, but the fatalities would have been held to a minimum and the event would have ended with far less loss of life.

A faulty strategy doomed to failure? Well, three unarmed men were able to stop a shooter on a train in Paris a while ago without any fatalities. It may be extreme, but sometimes violence is necessary to prevent worse violence.

I recently saw a video of lions taking down a water buffalo. A few other water buffalo charged the lions, flipping one high into the air and ending the attack. When a herd takes action, the prey has a good chance of surviving.

It’s time for us to decide that we are not going to be soft targets for these mass murderers. It’ll take a major change in mindset to do it, but it might just save some lives in the end. Your life. The lives of friends and loved ones. Prepare physically and mentally to both avoid and confront these situations with commitment, and we might see a little more reluctance on the part of those who wish harm to decent people.

Joe Alton, M.D., aka Dr. Bones, is an M.D. and fellow of the American College of Surgeons and the American College of OB/GYN. Amy Alton, A.R.N.P., aka Nurse Amy, is an Advanced Registered Nurse Practitioner. Together, they’re the authors of the #1 Amazon bestseller in Survival Skills and Safety/First Aid “The Survival Medicine Handbook”, well known speakers, podcasters, and YouTubers, as well as contributors to leading survival/homesteading magazines. You will find over 800 posts on medical preparedness at their web site DoomAndBloom.net.