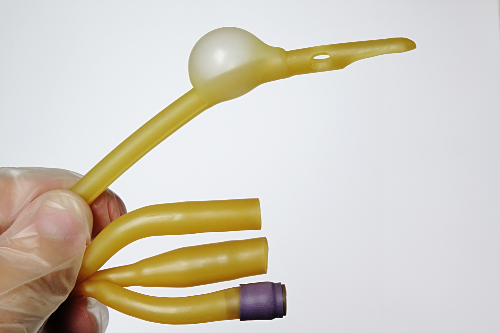 In this day an age, it’s baffling that some people still think that we live in a free country. All you need to do is learn about how we treat people who are guilty of using illegal drugs, and you’ll know that this isn’t true.  And I’m not just talking about how we throw thousands of these people in jail every year for a non-violent offenses. The way the police find out if these people are using drugs is sometimes horrific. It certainly is in South Dakota.

In South Dakota, that means that a forced catheterization is in order. Sparks was taken to a hospital, handcuffed and hooded with a black mesh bag, and held down by four police officers as a nurse forced a catheter into his urethra. A fifth officer filmed the incident. His urine sample tested positive for marijuana and methamphetamine. He was later sent to jail, and released in March of 2016 on time served with a suspended sentence.

“It was degrading,” Sparks told the Argus Leader, a major newspaper in South Dakota.  “I was angry. I felt like my civil rights were being violated.” Sparks admitted that after the incident, it was painful to urinate for weeks, and he still has nightmares. “I didn’t actually think they were going to go through with it. Even when we went to the hospital, I thought it was a threat.”

But his story pales in comparison to what the same police department did to the son of Kirsten Hunter, a 3-year-old boy. After her boyfriend failed a drug test last February, the police wanted her children to be drug tested as well.

Pierre police officers and a Department of Social Services employee showed up at her home and said if her kids couldn’t produce urine, they would be taken from her. Hunter said her son isn’t potty-trained. So while she and her 5-year-old daughter were able to provide a urine sample, her young son couldn’t.

He was held down and forcibly catheterized by nurses.

“They just shoved it right up there, and he screamed so bad,” Hunter said. “He’s still dealing with a staph infection, and we are still giving him medication.”