A Summer Of Disappointments Will Lead To An Extended Economic Crash 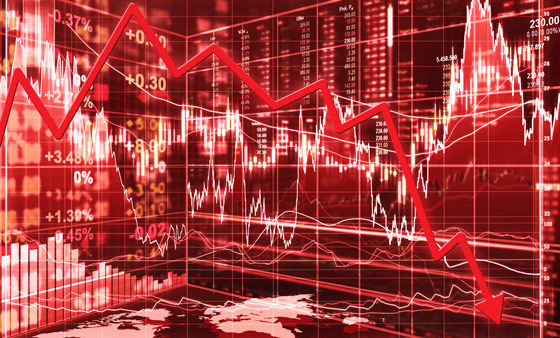 The summer season is often about renewed hope and revelry in comfort, and this goes for economic comfort as much as anything else. In parallel to the old tale of The Ant And The Grasshopper, we are all tempted to act like the grasshopper, forget about the trials and tribulations of the world and take a vacation from awareness.

I am seeing quite a lot of this in the past month as mounting global tensions appear to have subsided. But appearances can be deceiving…

I am reminded of the summer of 2008 when those of us in alternative economic analysis were warning of the overwhelming evidence of a debt based deflationary disaster. There seemed to be widespread complacency back then as well. September finally struck and reality began to sink in, and the rest is a history we are still dealing with to this day. Right now, economic optimism is desperately clinging to news headlines rather than data fundamentals, but this can just as easily sink markets as it can keep them artificially afloat.

Consider the numerous powder keg events coming our way over the next few months and what they will mean for economic sentiment if they go the wrong way.

The next week will be packed with public statements from various Fed officials which may hint at how aggressive the central bank will be for the rest of the year in its tightening program. However, I think I can guess rather easily what they will do. The Fed has been sticking to its policy of interest rate hikes and balance sheet cuts as I predicted they would for the past couple years. Nothing has changed under new Fed chairman Jerome Powell.

I believe the June meeting will mark an important mid-year shift for the Fed into even more aggressive fiscal tightening. The mainstream media has been heavily pushing the idea that stagflation is now a true threat to the U.S. economy. This is a notion I actually agree with and have been warning about for quite some time.

As I mentioned in my article ‘Stagflationary crisis: Understanding The Cause Of America’s Ongoing Collapse’, when the mainstream finally admits to a specific fiscal threat which has been gestating for years, we should be concerned, because this likely means a crisis is already upon us.

The Fed will use talk of stagflation as a springboard for accelerated rate hikes, and more importantly, expanded balance sheet reductions. I have no doubt the Fed will raise interest rates again in June, which will disappoint the contingent of stock market traders who were hoping recent poor economic data would influence the central bank to back off. This is not going to happen.

When new balance sheet data comes in at the end of June I expect reductions will be noticeably higher, triggering renewed instability in equities. The Fed, of course, will not make such a move in a vacuum, though. They will need some form of geopolitical distraction.

International Trade War Will Not Be Denied

Despite rhetoric coming from Treasury Secretary and Goldman Sachs alumni Steve Munchin, the ongoing trade war will not be “taking a break”.  Supposed impending deals between China and the US are already falling apart, and Donald Trump is distancing himself from the Mnuchin peace train and indicating discontent with China yet again.

On the surface, trade war escalation seems to have been averted, based on the promise that China will “purchase more U.S. goods” in order to reduce existing trade deficits. Of course, with the climbing dollar (and simultaneous rising prices), purchasing more U.S. goods may be a problem for many countries, including China. The stagflationary crisis building in America does more than just give the Federal Reserve an excuse to pull the plug on its fiat support of stock markets. It will also be the perfect excuse for foreign buyers to further reduce purchases of U.S. goods based on the argument that they are becoming too expensive.

The Chinese offer to buy more from America is an empty offer. There will be little to no follow through and when deficit numbers increase, markets will react negatively.

The focus on the China/U.S. deficit also distracts from further strife in NAFTA trade dealings (of which Mnuchin has said there are “significant issues”), as well as trade with Europe.

Ultimately, this is headed towards bilateral agreements between China and European nations further cutting out the dollar as world reserve.  In fact, the Chinese state run media is suggesting just this strategy as a means to counter what they call ‘U.S. trade unilateralism.’

I do not expect the peace and love theater to last through the summer. The trade war will resume well before Fall.

As I warned in my article ‘Syria And Iran Prove There’s No Chance For North Korean Peace’, globalists only ever use peace agreements as a staging period for further war. In that article I also suggested that disruptions to the peace summit with North Korea would arise and that the U.S. would make demands North Korea cannot or will not fulfill. Already we are seeing cracks in the facade as North Korea complains about U.S. involvement in South Korean war games as well as potential de-nuclearization.

NK has now let fly statements on Vice President Michael Pence’s “stupidity” while threatening a nuclear showdown.  Trump has openly stated that the summit could be delayed or may not happen at all.  Those who argued with me that a successful summit was a “done deal” and Trump was on his way to a Nobel Peace Prize should now reconsider their positions and not quit their day jobs.  Again, North Korean denuclearization will NEVER happen; not without a war.

The optimism building around the North Korean summit was rather bewildering to me. The idea that even in the liberty movement people were actually buying into this as viable is disconcerting, because it shows a lack of awareness of the bigger picture.

What we have here, folks, is a carrot and stick approach for the American collective psyche. Tensions are ratcheted up around the world, economically and politically, and then we are given a short reprieve, a moment to take a breath. But, this generally does not last very long as these moments are usually based on false information and assumptions, and the tension is increased yet again. Eventually, something breaks.

Even if the North Korea summit actually takes place and concludes without incident (that’s a BIG “if”), and even if the Trump administration declares “mission accomplished,” there will be no follow through on the part of North Korea as far as disarmament. Count on it.

Beyond that, consider the timing. The original time for the summit to take place was on the same day as the Federal Reserve’s June meeting. Would it not be rather convenient for a failed summit outcome to occur while the Fed hits stock markets with another interest rate hike and a large balance sheet cut? Once again, the Fed will dodge blame for stocks plunging another 1200 points or more as international politics takes center stage.

The Iranian peace agreement is now in tatters with Israel on the war path in the region and the U.S. supporting assertions of Iran nuclear development that are still backed by no evidence whatsoever. Many of us remember the outright lies of WMD’s in Iraq which led to the second Gulf War, and the Iranian situation smells of the same exact deception. In fact, some of the same neo-con players from those days are lurking in the White House now, including John Bolton.

With the destabilization of Syria well on the way after western intelligence agencies funded, armed and trained insurgents who would later form ISIS and wreak havoc in the country, Iran’s primary strategic partner is now on the verge of collapse. The direct targeting of the Assad regime is next as the war on ISIS con game has subsided. Russia is also conveniently pulling many of its troops out of Syria opening the door to invasion by other interests.

Any invasion of Syria with the intent to unseat Assad will likely cause an Iranian response, and perhaps this is the goal; to lure Iran into an aggressive posture, thus justifying war.

The timing of growing conflict with Iran should not be overlooked. We have oil prices now rising despite a strong dollar index and continuing oversupply, which adds to the stress over stagflation concerns. And, we also have a potential geopolitical disaster which could provide perfect cover for central banks to continue their decoupling from stock markets without receiving any blame for the consequences. The Summer of 2018 continues to look like a staging period for considerable economic volatility to come, much like the summer of 2008 was 10 years ago.