A Strategy to Promote Sound Money: Decentralize the State

This article was originally published by Matt Ray at The Mises Institute. 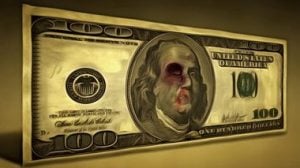 For more than a century, an inflationary monetary policy has plagued the United States. Most recently, price inflation has become the most obvious consequence of the Federal Reserve’s actions to the public. Other effects, while less visible, have been no less pernicious. Indeed, inflation is particularly insidious because rising prices can mask a transfer of wealth. Additionally, the Fed’s policies of artificially low interest rates and quantitative easing have discouraged savings and fueled boom-bust cycles.

As these monetary issues have continued to intensify, the need for solutions has become more urgent. The purpose of this article is to demonstrate the ways in which paper money and centralization reinforce each other and to explore how political decentralization can promote sound money.

One of the more obvious ways fiat money enables centralization is by removing the limitations on the power of the government to inflate the currency that exists under a commodity money standard. Under a system of unbacked fiat money, there are fewer limitations on the ability of the regime to increase government spending by inflating the money supply.

Still, the central government risks the depreciation of its own currency in terms of harder currencies. As a territorial monopolist of compulsion, however, a state can compel the acceptance of its currency through legal tender laws and by taxing or even prohibiting alternatives within its jurisdiction. From this, it follows that as a state expands the territory under its control, it can compel more people to accept its currency—for example by requiring the payment of taxes in the government’s official currency. To illustrate this, we will review some of the ways the United States government has reinforced its currency.

In 1865, the federal government imposed a tax on state banknotes to limit their circulation. However, Franklin Roosevelt went even further by prohibiting American citizens from owning more than a small amount of monetary gold. While this prohibition has since been repealed, capital gains taxes still limit the use of gold. Internationally, military dominance has helped the United States secure the dollar’s status as reserve currency through international monetary agreements and supranational organizations like the International Monetary Fund, which allow for coordinated inflation. These are some of the ways in which centralization has enabled the US’s fiat money.

Yet if one then imagines a proliferation of ever smaller national territories, ultimately to the point where each household forms its own country, [Milton] Friedman’s proposal is revealed for what it is—an outright absurdity. For if every household were to issue its own paper currency, the world would be right back at barter. No one would accept anyone else’s paper, economic calculation would be impossible, and trade would come to a virtual standstill. It is only due to centuries of political centralization and the fact that only a relatively small number of countries and national currencies remain, and hence that the disintegrative consequences and calculational difficulties are far less severe, that this could have been overlooked. From this theoretical insight it follows that secession, provided it proceeds far enough, will actually promote monetary integration. In a world of hundreds of thousands of independent political units, each country would have to abandon the current fiat money system which has been responsible for the greatest worldwide inflation in all of human history and once again adopt an international commodity money system such as the gold standard.1

As we have seen, the current system of freely fluctuating paper currencies with the US dollar as a reserve currency would not have been possible without political centralization. Put differently, the system of multiple paper currencies hinders exchange. At the same time, the further decentralization proceeds, the more difficult it becomes to maintain a relatively high standard of living under a policy of autarky. Thus, as decentralization proceeds and the pressure for free trade increases, it becomes increasingly necessary to adopt an international currency outside the control of any government.

To be sure, there are more direct ways to restore sound money. Ludwig von Mises has explained how this could be accomplished. However, we should not expect policymakers to embrace Mises’s proposal any time soon. In the short term, the nullification or repeal of all taxes on alternatives to fiat money—such as gold and bitcoin—is a reasonable goal for a decentralist strategy.

Decentralization is not a panacea that will cure our monetary ills overnight. But it would represent an important first step toward the restoration of sound money.