One hundred years ago today the RMS Titanic suffered an iceberg impact that would leave 1,514 of its 2,223 passengers dead. It was the single deadliest peacetime maritime disaster in history.

There were no doubt countless stories of survival (709 to be sure) and heroism. The story of Violet Jessup is one such remarkable account and just goes to show that no matter how many times you are faced with the possibility of imminent death, you don’t have to take it lying down.

Born in October of 1887, Ms. Jessup survived not just the Titanic, but several other ocean tragedies. 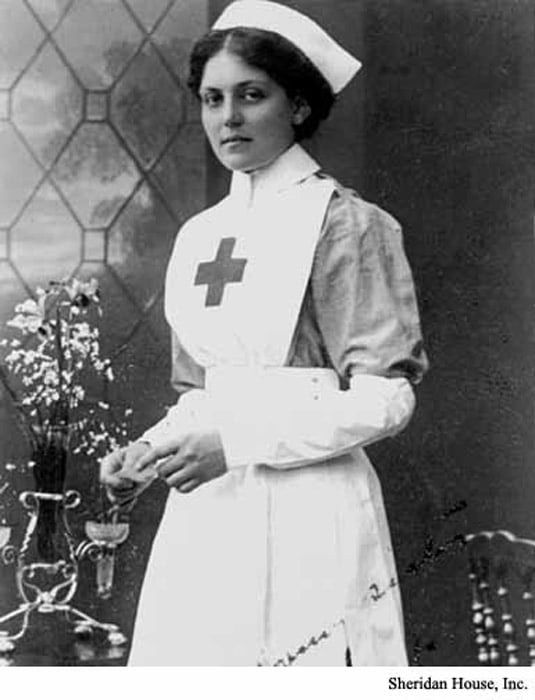 At age 22, Violet Jessop boarded the RMS Olympic on October 20, 1910 to work as a stewardess. The Olympic was a luxury ship that was the largest civilian liner at that time, being nearly 100 ft (30 m) longer than any other ship. Olympic′s first major mishap occurred on September 20, 1911, when she collided with the old protected cruiser HMS Hawke off the Isle of Wight. Although the incident resulted in the flooding of two of her compartments and a twisted propeller shaft, Olympic was able to limp back to Southampton. At the subsequent inquiry the Royal Navy blamed Olympic for the incident, alleging that her large displacement generated a suction that pulled Hawke into her side.

Violet boarded the RMS Titanic as a stewardess on April 10, 1912, at noon and four days later on April 14, at around 11:40 PM the Titanic struck an iceberg and began to sink. The iceberg ripped through the hull, causing the first five watertight compartments to flood and the ship to start sinking. At 2:20am, bow-down, the ship broke in two and sank almost immediately. Violet described in her memoirs that she was ordered up on deck, because she was to set a good example to the foreign-speaking people (they did not speak English), where she watched as the crew loaded the lifeboats. She was later ordered into lifeboat 16, and, as the boat was being lowered, one of the Titanic′s officers gave her a baby to look after. The next morning, Violet and the rest of the survivors were rescued by the RMS Carpathia. According to Violet, while on board the Carpathia, a woman grabbed the baby she was holding and ran off with it without saying a word.

During the First World War, Violet served as a nurse for the British Red Cross. In 1916, she was on board His Majesty’s Hospital Ship Britannic when the ship apparently struck a mine and, with all the portholes open for ventilation, sank in the Aegean Sea. While the Britannic was sinking, she jumped out of a lifeboat to avoid being sucked into the Britannic′s propellers. She, nevertheless, was sucked under the water and struck her head on the ship’s keel before surfacing and being rescued by a lifeboat. She later stated that the cushioning, due to her thick auburn hair, helped save her life. She had also made sure to grab her toothbrush before leaving her cabin on theBritannic, saying later that it was the one thing she missed most immediately, following the sinking of the Titanic.