9 Ominous Signals: Is the stock market about to crash? 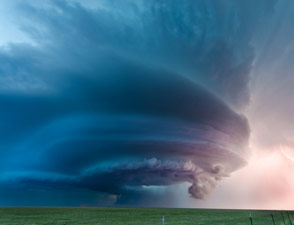 Editor’s Note: Since the stock market’s reversal following the crash of 2008 to new highs today many observers have warned that the fundamental economic, financial and monetary problems that caused the crash to begin with have yet to be resolved. In fact, by all accounts things have only gotten worse. But you wouldn’t know it if you’ve only been paying to the official numbers being disseminated by the government or the constant blathering on about economic recovery from financial media pundits. Frankly, the whole of the industrialized world knows something is wrong and those with any sense are now just waiting for the system to finally buckle. We’re starting to see major gaps in economic progress – real estate is dropping like a brick, more people are exiting the labor force than ever before, and tens of millions of people per month are requesting social assistance from the government just so that they can put food on the table.

To put it mildly, the situation is deteriorating. Even the stock market, America’s pillar of financial success, is finally starting to crack. In the following article Michael Snyder highlights some critical signals that are appearing now. We saw them prior to the last crash, and while past performance is not a guarantee of future results, things are certainly looking ominous going into this holiday shopping season.

How long can the U.S. economy hold on to the facade?

Is the stock market about to crash?  Hopefully not, and there definitely have been quite a few “false alarms” over the past few years.  But without a doubt we have been living through one of the greatest financial bubbles in U.S. history, and the markets are absolutely primed for a full-blown crash.  That doesn’t mean that one will happen now, but we are starting to see some ominous things happen in the financial world that we have not seen happen in a very long time.  So many of the same patterns that we witnessed just prior to the bursting of the dotcom bubble and just prior to the 2008 financial crisis are repeating themselves again.  Hopefully we still have at least a little bit more time before stocks completely crash, because when this market does implode it is going to be a doozy.

#1 By the time the markets closed on Monday, we had witnessed the biggest three day decline for U.S. stocks since 2011.

#2 On Monday, the S&P 500 moved below its 200 day moving average for the first time in about two years.  The last time this happened after such an extended streak of success, the S&P 500 ended up declining by a total of 22 percent.

#3 This week the put-call ratio actually moved higher than it was at any point during the collapse of Lehman Brothers in 2008.  This is an indication that there is a tremendous amount of fear on Wall Street right now.

#4 Everybody is watching the VIX at the moment.  According to the Economic Policy Journal, the VIX has now risen to the highest level that it has been since the heart of the European debt crisis.  This is another indicator that there is extraordinary fear on Wall Street…

US stock market volatility has jumped to the highest since the eurozone debt crisis, according to a closely watched index, the the CBOE Vix index of implied US share price volatility.

That’s a very strong move, but things have been much worse. At height of the recent financial crisis – the Vix index peaked at 80.1 in November 2008.

Could we get there again? Yeah.

#6 As Chris Kimble has pointed out, the chart for the Dow has formed a “Doji Star topping pattern”.  We also saw this happen in 2007.  Could this be an indication that we are on the verge of another stock market crash similar to what happened in 2008?

#7 Canadian stocks are actually doing even worse than U.S. stocks.  At this point, Canadian stocks have already dropped more than 10 percent from the peak of the market.

#8 European stocks have also had a very rough month.  For example, German stocks have already dropped about 10 percent since July, and there are growing concerns about the overall health of the German economy.

#9 The wealthy are hoarding cash and precious metals right now.  In fact, one British news report stated that sales of gold bars to wealthy customers are up 243 percent so far this year.

So what comes next?

Some experts are saying that this is the perfect time to buy stocks at value prices.  For example, USA Today published a story with the following headline on Tuesday: “Time to ‘buy’ the fear? One Wall Street pro says yes“.

Other experts, however, believe that this could represent a major turning point for the financial markets.

Technical strategist Abigail Doolittle is holding tight to her prediction of market doom ahead, asserting that a recent move in Wall Street’s fear gauge is signaling the way.

Doolittle, founder of Peak Theories Research, has made headlines lately suggesting a market correction worse than anyone thinks is ahead. The long-term possibility, she has said, is a 60 percent collapse for the S&P 500.

In early August, Doolittle was warning both of a looming “super spike” in the CBOE Volatility Index as well as a “death cross” in the 10-year Treasury note. The former referenced a sharp move higher in the “VIX,” while the latter used Wall Street lingo for an event that already occurred in which the fixed income benchmark saw its 50-day moving average cross below its 200-day trend line.

Both, she said, served as indicators for trouble ahead.

So what do you think?

Are we about to witness a stock market crash and another major financial crisis?

Or is this just another “false alarm” that will soon fade?