6 Of The Last 8 U.S. Recessions Were Preceded By Oil Price Spikes – Damage To Saudi Oil Industry Could Take “Months” To Repair 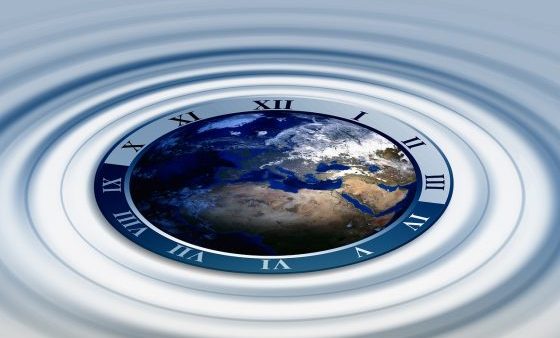 When the price of oil rises dramatically, that tends to be really bad for the U.S. economy.  Because we are so spread out and goods are transported over such vast distances, our economy is particularly vulnerable to oil price shocks, and that is one reason why the events that we just witnessed in the Middle East are so alarming.

According to an article that was published by the Federal Reserve Bank of San Francisco in 2007, five of the last seven U.S. recessions that had occurred up to that time “were preceded by considerable increases in oil prices”.  Since that article was published in 2007, the recession that began in 2008 hadn’t happened yet, and of course, that recession was immediately preceded by the largest oil price spike in history.  So that means that six of the last eight U.S. recessions were preceded by oil price spikes, and now we may be facing another one.  It is being reported that it may take “months” for Saudi Arabia to fully repair the damage that was done to their oil industry, and that could fundamentally alter the balance of supply and demand in the global marketplace.

Yesterday, I discussed why high oil prices are so bad for our economy.  When the price of oil is too high, it can cause inflation and hurt economic growth simultaneously.  The article from the Federal Reserve Bank of San Francisco that I mentioned in the last paragraph tried to explain why this happens in very basic economic terms…

Oil price increases are generally thought to increase inflation and reduce economic growth. In terms of inflation, oil prices directly affect the prices of goods made with petroleum products. As mentioned above, oil prices indirectly affect costs such as transportation, manufacturing, and heating. The increase in these costs can in turn affect the prices of a variety of goods and services, as producers may pass production costs on to consumers. The extent to which oil price increases lead to consumption price increases depends on how important oil is for the production of a given type of good or service.

Oil price increases can also stifle the growth of the economy through their effect on the supply and demand for goods other than oil. Increases in oil prices can depress the supply of other goods because they increase the costs of producing them. In economics terminology, high oil prices can shift up the supply curve for the goods and services for which oil is an input.

Needless to say, the unprecedented attack on Saudi oil production facilities was going to cause the price of oil to rise substantially.  In fact, when global markets opened up on Sunday evening we witnessed quite a dramatic spike…

In an extraordinary trading day, London’s Brent crude leaped almost $12 in the seconds after the open, the most in dollar terms since their launch in 1988. Prices subsequently pulled back some of that initial gain of almost 20%, but rallied again as traders waited in vain for an Aramco statement clarifying the scale of damage.

So where is the price of oil going from here?

One analyst quoted by Oilprice.com believes that we could soon see it hit $80 a barrel, and others believe that it could move up toward $100 a barrel not too long from now.

In the days ahead, global markets will be watching Saudi Arabia very carefully.  The longer it takes them to resume normal production levels, the higher the price of oil will go.

According to Bloomberg, one analyst is already publicly admitting that “full resumption could be weeks or even months away”…

All eyes are on how fast the kingdom can recover from the devastating strike, which knocked out roughly 5% of global supply and triggered a record surge in oil prices. Initially, it was said that significant volumes of crude could begin to flow again within days. While Aramco is still assessing the state of the plant and the scope of repairs, it currently believes less than half of the plant’s capacity can be restored quickly, said people familiar with the matter, asking not to be identified because the information isn’t public.

”Damage to the Abqaiq facility is more severe than previously thought,” said Amrita Sen, chief oil analyst at Energy Aspects Ltd. “While we still believe up to 50% of the 5.7 million barrels a day of output that has been disrupted could return fairly swiftly, full resumption could be weeks or even months away.”

That is really bad news, and that is assuming that there won’t be any more attacks like we just witnessed.

If there are more attacks, Saudi oil production could be far lower than normal for an extended period of time, and that would be catastrophic for the global economy.

Most Americans don’t realize this, but a lot of Saudi oil actually gets shipped to the west coast.  The following comes from Fox Business…

Drivers in California, however, could be hit the hardest. Nearly half of what Saudi Arabia exports to the U.S. is sent to the West Coast, as reported by Reuters. In the year that ended in June, the West Coast imported an average of about 11.4 million barrels of Saudi crude every month – much of which went to California refineries.

The Golden State already has among the highest average gasoline prices in the country – at $3.63 per gallon as of Monday.

We are going to see higher gasoline prices right away, but in the short-term, we should be able to handle them okay.

But if there are more attacks like the one we just saw, or if a major war breaks out in the Middle East, the price of gasoline could easily spike to levels that we have never seen in this country before.

The U.S. economy was already deeply struggling even before the attack in Saudi Arabia, and so this could definitely push us over the edge.  We should all be getting prepared for an extended economic downturn because it looks like that is precisely what we could be facing.

Hopefully, we won’t see any more attacks on oil production facilities, but the attack on Saturday clearly demonstrated how extremely vulnerable such facilities are to terror attacks.  And with Middle East tensions currently at an all-time high, USA Today is warning that our future “may well get much rockier soon”…

The new threat is tension among nations in the region, as well as the ability to attack based on new and relatively simple technology. Drones can be flown long distances carrying weapons just powerful enough to attack oil facilities. Middle East tensions are severe enough that attempts at similar attacks are not over.

Oil futures do not trade based on the present. They trade on forecasts about oil supply and demand in the future. The future looks rocky and may well get much rockier soon.

We are truly in uncharted territory, and we desperately need peace and calm to prevail in the Middle East.

Sadly, that is not likely to happen, and every new wave of violence is going to mean more economic pain for all of us.