5 Reasons To Store Vinegar Before The SHTF 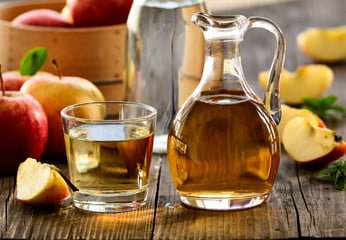 Seasoned preppers know just how useful vinegar can be and most have a decent supply stored up for when the SHTF. Here are 5 reasons why you should consider boosting your vinegar supplies before things get ugly.

These are only a few ways that vinegar can be used both before the SHTF and after.  Vinegar has an indefinite shelf life because of the acidic properties.  It will never expire, making it perfect to store and save for later use.  And the other bonus? Vinegar is inexpensive. It’s one of those things almost every prepper suggests you hoard and store – just in case.

But you can also use it beforehand too!  Vinegar can help remove the smell from washing machines and keep mildew at bay.  It is also becoming more popular for those who homestead or live a more natural lifestyle to use as a cleaning product instead of the toxic options available commercially.

Can you think of a reason to not store vinegar?