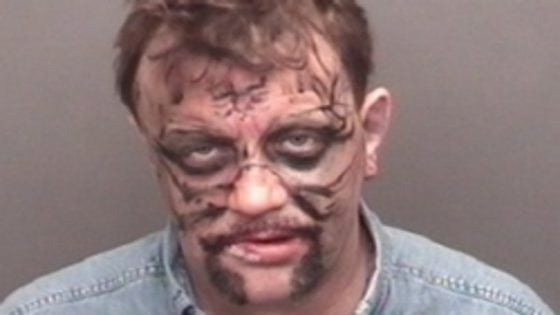 “Florida Man” just keeps getting into more trouble.  In recent years, “Florida Man” has become one of the Internet’s hottest memes, and there is never a shortage of new material because residents of the state seem to have a knack for getting arrested for some of the most bizarre crimes imaginable.  So earlier today when I saw a headline that said “Florida man strips naked and poops in Naples family’s yard”, I knew that I had to do this article.  Normally my articles deal with very heavy topics, and even though this article will be much more light-hearted, I am still making a serious point.  Without a doubt, the “Florida Man” headlines below are very funny, but the fact that there are so many of them should disturb all of us.  The fabric of our society is literally coming apart right in front of our eyes, and if we continue down this path it is hard to imagine any sort of a positive future for our nation.  So please keep that in mind even as you are laughing at these headlines.

If you are not familiar with the “Florida Man” meme, let me give you a few pointers before we get started.

First of all, Florida Man gets arrested a lot.  He is always in trouble with the police, and he often leads them on really wild chases.

Florida Man has also usually either been drinking or consuming mind-altering drugs.  This often leads to extremely risky behavior, and there are often very funny unintended consequences.

In addition, Florida Man doesn’t really like clothes.  In many cases he is either partially or completely naked.

Finally, Florida Man stories get a bonus if they involve animals, injuries, weapons or bodily functions.

With all that being said, here are 30 extremely bizarre Florida Man stories that prove that America is in far more trouble than we thought…

#4 Florida man finds World War II grenade, tosses it in the trunk, brings it to a Taco Bell

#5 Florida Man Shattered Toilet After Firing Gun Indoors, Missing Roommate—’Hell Yes, That Could Have Hurt Me’

#12 Florida man arrested for speeding told deputies, ‘the car is a Ferrari and it goes fast’

#13 Florida man gets out of jail, back in 15 minutes later

#14 Florida Man Threatens To Destroy Everyone With Army Of Turtles, Police Say

#16 This Florida man stole laxatives — because he thought they were opioids, police say

#19 A Florida Man let it all hang out at a strip club, dancer says. He wasn’t part of the act

#20 Florida man wanted a woman’s egg rolls so badly it landed him in jail, police say

#27 Florida man denies syringes found in rectum are his

For example, one Florida Man was just killed by a rare bird when he fell down in the backyard of his own home.  The following comes from a CNN article entitled “A cassowary, a rare emu-like bird, attacks and kills Florida man, officials say”…

A cassowary, a giant bird with long claws on each foot, killed its owner after he fell in the backyard of his Gainesville, Florida, home, officials told CNN.

The bird’s owner, Marvin Hajos — who is 75, according to CNN affiliate WCJB — made the initial call to 911 Friday about 10 a.m. ET. A second call came from another person at the scene who reported a medical emergency involving a large bird, said Lt. Joshua Crews of the Alachua County Sheriff’s Office.

I hope that you enjoyed this light-hearted article, and I promise that I will get back to writing about heavy stuff tomorrow.  And even though I had a lot of fun putting this article together, it still underscores a very serious point that I am constantly making.

America is in very serious trouble, and if we do not change our ways we do not have a positive future ahead of us.

I recently published my 1,500th article on End Of The American Dream, and if you enjoy the articles I hope that you will support my work.  Will live in very dark times, and we need more people that are willing to stand up and be a light.

Because it is when times are the darkest that the light is needed the most, and as you can see from this article, America is in desperate need of a new direction.