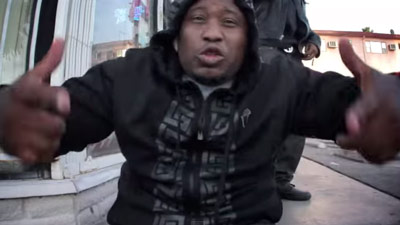 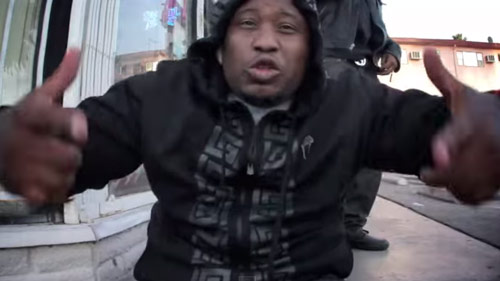 “What I wouldn’t do to have a meal, load the HK, pick a target, put it in his grill.”

Those are some of the lyrics from the latest album by gangsa’ rapper Brandon Duncan who goes by the stage name Tiny Doo. And if San Diego county has their way, Duncan will soon be spending the rest of his life in prison for violating an obscure law that makes it illegal to benefit from gang-related activities.

You can listen to Doo’s full album online:

But be aware that by listening to it, you may somehow be implicated in nine California shootings for which 14 men are about to stand trial. Tiny Doo himself is one of those men, and even prosecutors admit that the only crime he committed is releasing his music.

According to the San Diego County District Attorney’s office, Tiny Doo—real name Brandon Duncan—is a documented member of the gang that allegedly perpetrated the attempted murders. No one is alleging that Duncan fired a gun himself, bought the weapons, or was at the scene of the crime—that he had anything to do with the shooting at all, really. (Gawker)

It is not clear how Tiny Doo has benefited from the lyrics, other than to promote his album like any other musician in the hopes of garnering a listening audience and some album sales. But despite lyrics that closely resemble those of popular rappers like Snoop Dogg, Doctor Dre and Young Jeezy, the San Diego District Attorney’s office has determined that this particular individual has committed a crime so heinous that he is to spend the rest of his natural life behind bars.

And just to be clear, Tiny Doo has not been implicated in any actual crime against a person or persons:

Though Duncan hasn’t been tied to the shootings, prosecutors argued that he benefited from the shootings because his gang gained in status, allowing him to sell more albums. (News 10)

Indeed, Doo’s “No Safety” album has gone completely off the reservation by headlining a revolver with an empty chamber and a bullet speedloader, obviously indicative of Doo’s intent to maim, kill and murder innocents. 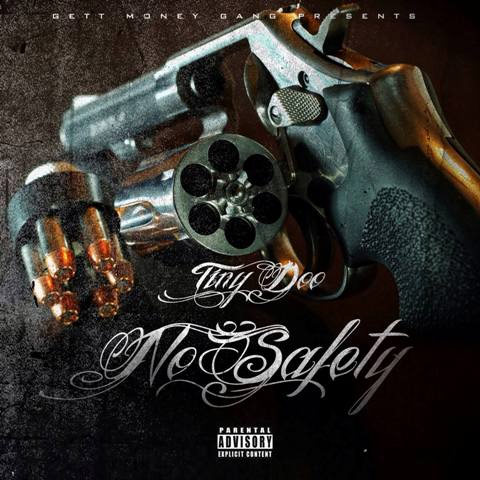 In a recent interview with CNN Tiny Doo argued that he is doing nothing different from any other artist out there, including other gangster rappers:

I get up and go to work everyday. How am I benefiting from what somebody’s doing? I haven’t sold a million records or anything… People can go out and listen to the album for themselves and see if it makes them want to go kill somebody or something like that.

Doo then reveals the real motivations behind prosecutors who twist and bend the law against people who have done nothing wrong. And whether you’re a Gangsta’ Rapper or not, you’ll likely agree:

I would love to continue to rap… But these people have you scared to do anything around here.

Today Tiny Doo is facing life in prison for his rap lyrics. They’re not exactly something you might hear coming from a church choir, but despite their unpopularity among San Diego prosecutors and what is probably a large portion of the American public, his right to say those words are protected by the First Amendment of the U.S. Constitution.

Should the government be successful in prosecuting Tiny Doo, what comes next? Whose artistic expression and speech will they choose to silence? To say someone is benefiting from gang activity is quite broad, and a “gang” is defined as any organized group of criminals.

And as we know, criminals in the United States are a plenty. In fact, these days you’re in the minority if you aren’t a terrorist. Merely posting something to your social network account or blog could soon be construed as benefiting gang or terroristic activity.

This is just the beginning. Over coming years more and more Americans will be detained, charged and imprisoned for simply speaking their minds – a victimless crime.

What do you think? Should Tiny Doo spend the rest of his life in prison? Or is his plight one in the same with the rest of Americans who are being systematically driven underground out of fear of what their government will do to them?

First they came for the Socialists, and I did not speak out – Because I was not a Socialist.

Then they came for the Jews, and I did not speak out – Because I was not a Jew.

Then they came for me – and there was no one left to speak for me.