2017 Has Been The Best Year For The Stock Market EVER 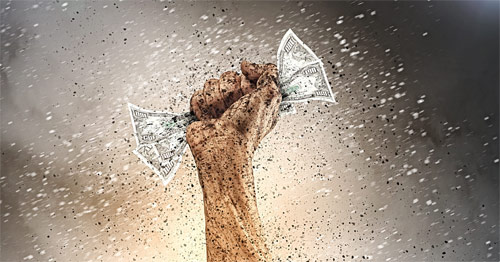 We have never seen a better year for stocks in all of U.S. history. Just five days after Donald Trump entered the White House, the Dow Jones Industrial Average hit the 20,000 mark for the first time ever. On Monday, the Dow closed at 24,792.20, and there doesn’t seem to be any end to the rally in sight. Overall, the Dow Jones Industrial Average is up more than 5,000 points so far in 2017, and that absolutely shatters all of the old records. Previously, the most that the Dow had risen in a single year was 3,472 points in 2013.

Yes, I know that it may seem odd for a website that continually chronicles our ongoing “economic collapse” to be talking about a boom in stock market prices. But of course there has not been a corresponding economic boom to match the rise in stock prices. This artificial stock market bubble has been created by unprecedented central bank intervention, and every previous stock market bubble in our history has ended with a horrible crash.

But for the moment, it is certainly appropriate to be in awe of what has transpired in the financial markets in 2017. Never before have we seen the Dow close at a record high 70 times in a single year, and we still have almost two weeks to go.

Since Donald Trump’s surprise election victory last November, the Dow is up a whopping 34 percent.

Wall Street has never seen better times than this. Overall, U.S. stockholders have seen more than 5 trillion dollars in paper gains since Trump was elected, and this has created a real estate boom in some of the wealthier areas of the nation.

Of course markets go down a lot faster than they go up, and that 5 trillion dollars in paper gains could be wiped out very rapidly in the event of a major disaster, but for the moment investors are absolutely thrilled with what has been happening.

Of course there are red flags all over the place, but not too many people are even paying attention at this point. Right now the S&P 500 is the most overbought that it has been since 1958, and earlier today a CNBC article declared that U.S. stocks are “very, very overbought”, but this will probably just encourage people to buy even more.

Of course we witnessed similar euphoria just before the dotcom bubble burst and just before the financial crisis of 2008, but most Americans have extremely short memories.

For most of us, those crashes might as well be ancient history.

But just like in each of those cases, market euphoria tends to hit a peak before things completely fall apart. Bill Stone, the chief investment strategist for PNC Asset Management Group, recently made this point very succinctly…

“It is going to get to a point where it can’t get any better anymore,” he said. “In the market it’s always brightest before it gets dark.”

Others are being even more blunt.  For example, trends forecaster Gerald Celente is convinced that “equity markets around the world are going to crash” in 2018…

“Yes.  Everyone knows that the markets are overvalued. The Schiller PE ratios rival those of the pre-1929 stock market crash and the Dot-Com bubble…The Black Swan Event: When war breaks out in the Middle East, the equity markets around the world are going to crash. The Black Swan that is going to create ‘Market Shock’ is going to be an outbreak of war in the Middle East. And when that happens, you are going to see gold and silver skyrocket. That’s our forecast for one of the top 10 trends of 2018.”

Personally, I never believed that the stock market bubble could ever be inflated to such absurd proportions, and so I am just in awe at what is taking place on Wall Street.

Since the last financial crisis our national debt has doubled, corporate debt has doubled, U.S. consumers are now 13 trillion dollars in debt, our economic infrastructure continues to be gutted, more than 40 million Americans are living in poverty and our financial institutions are being more reckless than at any other point in our entire history.

But for the moment, it is working. We have been on the greatest debt binge in world history since the end of the last recession, and most people seem to believe that the debt-fueled standard of living that we are currently enjoying is somehow going to be sustainable.

Nothing about our long-term economic outlook has fundamentally changed. Just because the authorities were able to extend this bubble for a little while longer does not mean that we are going to get to escape the consequences of decades of incredibly foolish decisions.

We just keep on mortgaging the future, but the funny thing about the future is that eventually it shows up.

And when our day of reckoning finally does arrive, the pain that it is going to cause is going to be absolutely off the charts.