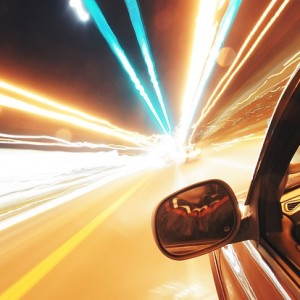 A lot of people that I talk to these days want to know “when things are going to start happening”.  Well, there are certainly some perilous times on the horizon, but all you have to do is open up your eyes and look to see the global economic crisis unfolding.  As you will see below, even central bankers are issuing frightening warnings about “dangerous new asset bubbles” and even the World Bank is declaring that “now is the time to prepare” for the next crisis.  Most Americans tend to only care about what is happening in the United States, but the truth is that serious economic trouble is erupting in South America, all across Europe and in Asian powerhouses such as China and Japan.  And the endless conflicts in the Middle East could erupt into a major regional war at just about any time.  We live in a world that is becoming increasingly unstable, and people need to understand that the period of relative stability that we are enjoying right now is extremely vulnerable and will not last long.  The following are 18 signs that the global economic crisis is accelerating as we enter the last half of 2014…

#1 The Bank for International Settlements has issued a new reportwhich warns that “dangerous new asset bubbles” are forming which could potentially lead to another major financial crisis.  Do the central bankers know something that we don’t, or are they just trying to place the blame on someone else for the giant mess that they have created?

#2 Argentina has missed a $539 million debt payment and is on the verge of its second major debt default in 13 years.

#3 Bulgaria is desperately trying to calm down a massive run on the banks that threatens of spiral out of control.

#4 Last month, household loans in the eurozone declined at the fastest rate ever recorded.  Why are European banks holding on to their money so tightly right now?

#5 The number of unemployed jobseekers in France has just soared to another brand new record high.

#6 Economies all over Europe are either showing no growth or are shrinking.  Just check out what a recent Forbes article had to say about the matter…

Italy’s economy shrank by 0.1% in the first three months of 2014, matching the average of the three previous quarters. After expanding 0.6% in Q2 2013, France recorded zero growth. Portugal shrank 0.7%, following positive numbers in the preceding nine months. While figures weren’t available for Greece and Ireland in Q1, neither country is showing progress. Greek GDP dropped 2.5% in the final three months of last year, and Ireland limped ahead at 0.2%.

#7 A few days ago it was reported that consumer prices in Japan are rising at the fastest pace in 32 years.

#8 Household expenditures in Japan are down 8 percent compared to one year ago.

#10 One Chinese auditor is warning that up to 80 billion dollars worth of loans in China are backed by falsified gold transactions.  What will that do to the price of gold and the stability of Chinese financial markets as that mess unwinds?

#12 67.5 percent of the people that are unemployed in Greece have been unemployed for over a year.

#13 The unemployment rate in the eurozone as a whole is 11.8 percent – just a little bit shy of the all-time record of 12.0 percent.

#14 The European Central Bank is so desperate to get money moving through the system that it has actually introduced negative interest rates.

#15 The IMF is projecting that there is a 25 percent chance that the eurozone will slip into deflation by the end of next year.

#16 The World Bank is warning that “now is the time to prepare” for the next crisis.

#17 The economic conflict between the United States and Russia continues to deepen.  This has caused Russia to make a series of movesaway from the U.S. dollar and toward other major currencies.  This will have serious ramifications for the global financial system as time rolls along.

#18 Of course the U.S. economy is struggling right now as well.  It shrank at a 2.9 percent annual rate during the first quarter of 2014, which was much worse than anyone had anticipated.

But if U.S. economic numbers look a bit better for the second quarter, that doesn’t mean that we are out of the woods.

As I have stressed so many times, the long-term trends and the long-term balance sheet numbers are far, far more important than the short-term economic numbers.

For example, if you went to the mall today and spent a thousand dollars on candy and video games, your short-term “economic activity” would spike dramatically.  But your long-term financial health would take a significant turn for the worse.

Well, when we are talking about the health of the U.S. economy or the entire global financial system we need to keep the same kinds of considerations in mind.

As for the United States, whether the level of our debt-fueled short-term economic activity goes up a little bit or down a little bit is not what is truly important.

Rather, the fact that we are nearly 60 trillion dollars in debt as a society is what really matters.

The same thing applies for the globe as a whole.  Right now, the citizens of the planet are more than 223 trillion dollars in debt, and “too big to fail” banks around the world have at least 700 trillion dollars of exposure to derivatives.

So it doesn’t really matter too much whether the short-term economic numbers go up a little bit or down a little bit right now.  The whole system is an inherently flawed Ponzi scheme that will inevitably collapse under its own weight.

Let us hope that this period of relative stability lasts for a while longer.  It is a good thing to have time to prepare.  But you would have to be absolutely insane to think that the biggest debt bubble in the history of the world is never going to burst.