113 Mexican Politicians Have Been Killed Since September 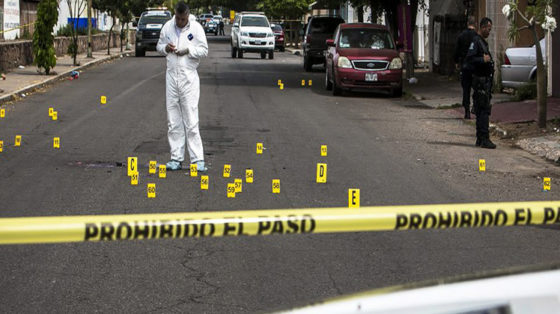 The number of Mexican politicians killed since September continues to rise.  Recently, a politician was killed while taking a selfie and another was shot in her home just off the coast of Cancun.

The New York Post reported that a Mexican politician who pledged to defy organized crime was shot dead as he posed for a picture with an admirer, according to reports and video. Congressional candidate Fernando Purón had just finished an election debate in the border city of Piedras Negras on Friday night when a woman holding a selfie stick asked him to take a picture, the Vanguardia reported.

Rosely Danilu Magaña, a municipal councilor candidate for the Isla Mujeres, located just off the coast of Cancun in Mexico passed away on Monday night after suffering from gunshot wounds she received on Saturday during an attack in a campaign event. The candidate for the ruling Institutional Revolutionary Party (PRI), was attacked when leading a meeting with other political activists at her house.

Mexico’s Political Violence Indicator released by the Ettelek consultancy confirms that Magaña is the 113th politician or candidate to be killed since September 2017.  Political campaigns in Mexico are over on June 27, four days before one of the country’s most important general elections in recent history to take place on July 1. More than 1,000 candidates have dropped out of local races ahead of the July 1 elections because they fear being gunned down.

Proving the drug war isn’t working, Mexico registered a record 29,168 homicides in 2017, which is the 11th year of the country’s crackdown on organized crime. Drug cartels are suspected in many murders of politicians, which take place in regions already plagued by gang violence.

There is not a better example of the inevitable failure of ruling classes that the constant killing of politicians in Mexico, says Federico Estevez, a political science professor at the Autonomous Technological Institute of Mexico. The murder of political candidates “creates enormous insecurity, which is felt and bemoaned by the public — and it’s held up in the faces of the politicians for their incapacity to do anything about it,” said Estevez.  “There’s no bigger example of failure out here today than that.”

“Unfortunately, not all those in power do their job — some are even in cahoots with criminals,” Estevez said.