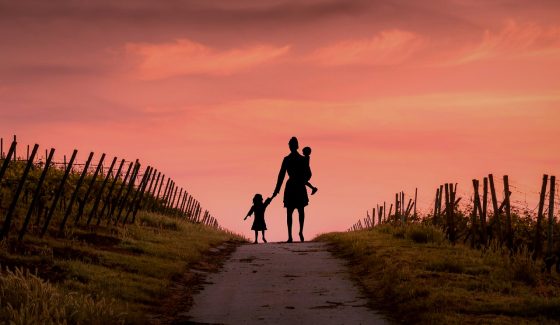 His article was originally published by Michael Snyder at The Economic Collapse Blog.

If you ask the mainstream media, they will tell you that about half the country is still middle class.  In fact, a CNBC article that just came out says that “52% of American adults live in ‘middle class’ households”.

Of course, that is down from 61 percent in 1971, but considering everything we have been through in recent years, that still looks pretty good.  But is it the truth?  In the end, it all comes down to how you define “the middle class”.  If I defined the middle class as anyone that makes from zero dollars to a trillion dollars a year, then 100 percent of Americans would be considered “middle class” by that definition.  So we can’t just look at the final number they give us.  Instead, we have to dig deeper and find out how they came up with the number in the first place.

The larger the household, the more income it takes to sustain a middle-class lifestyle.  And according to CNBC, the definition of a “middle class household” is extremely broad at every household size…

If you are a single person and you are making just $26,000 a year, there is no way that you should be considered part of “the middle class”.

First of all, there is no way that you would be able to buy a home in most major U.S. cities these days, and homeownership has always been considered to be one of the key hallmarks of the middle class.

Secondly, $26,000 a year breaks down to just a little over $2,000 a month before taxes.  After paying for rent, health insurance and a little bit of food, there wouldn’t be any money left.

You can define that as a “middle-class lifestyle” if you want, but I sure don’t.

Over the past decade, the cost of living has increased at a far faster pace than our paychecks have.  As a result, many Americans that used to live middle-class lifestyles are no longer able to do so.

Health insurance is just one example.  Thanks to Obamacare, health insurance premiums have absolutely skyrocketed, and this is financially crippling families all over the nation.  In addition to health insurance, here are just a few of the other expenses that average American families must pay on a regular basis…

-furniture, clothing and other necessities

If you are making just two or three thousand dollars a month before taxes, there is no way that you can cover all of that.

So I am sorry, but the way that CNBC is defining “the middle class” is just wrong.

Considering everything that I have just discussed, it should not be surprising to learn that a survey conducted earlier this year found that 78 percent of Americans are living paycheck to paycheck at least part of the time.

And if you are living paycheck to paycheck, there is a really good chance that you are not middle class.

Of course, another major factor is geography.  If you live in a very expensive coastal city like New York or San Francisco, it has been estimated that it now takes approximately $350,000 a year to be part of the middle class…

Here’s a sad reality: In order to raise a family in an expensive coastal city like San Francisco or New York, you’ve now got to make $350,000 or more a year.

You can certainly live on less, but it won’t be easy if your goal is to raise a family, save for your children’s education, save for your own home and save for retirement (so you can actually retire by a reasonable age).

When I was growing up, I thought that if someone was making $50,000 a year that person really had it made.

But these days $50,000 a year will barely get you above poverty level depending on the size of your household and where you live.

In a desperate attempt to maintain a middle-class lifestyle when their incomes don’t really allow for it, many Americans are going into shocking amounts of debt.  And these days even our young adults are piling on debt as if tomorrow will never come…

Millennials carry an average of $27,900 in debt, not including mortgages, according to new data released today by Northwestern Mutual. Gen Z, the oldest of whom are now 22 years old, have an average debt of $14,700.

Having sizable debt at a young age “is the new normal,” said Chantel Bonneau, wealth management advisor at Northwestern Mutual. “There are lots of people who exit school, and before they start their first job, have debt. That is a different situation from 30 years ago.”

But when you pile on too much debt, it can become financially suffocating very quickly, and many of our young people actually report becoming “physically ill” from worrying about it so much…

Overall, U.S. households are now over 13 trillion dollars in debt, and one of the primary reasons why we have accumulated so much debt is because most of us want to live lifestyles that we haven’t really earned.

We have entirely mortgaged our future for short-term gain, and we are so proud whenever the short-term economic numbers tick up a little bit.

But in the process, we have completely destroyed the future for every generation of Americans that was supposed to come after us, and that is not something to smile about at all.

Michael Snyder is the author of several books, including The Beginning Of The End.

This book is a mystery/thriller set in the United States in the near future. It is a time of unprecedented economic collapse, deep political corruption, accelerating social decay, out of control rioting in the cities and great natural disasters. In the midst of all of this chaos, a former CIA agent, a respected financial reporter and a blogger that takes his prepping to extremes all find themselves dropped into the middle of an ancient conflict between two shadowy international organizations. The three of them are absolutely horrified to discover that one of those shadowy international organizations is planning to hit New York City with the largest terror attack in U.S. history. The goal is to throw the entire country into chaos, but who will get the blame? A series of incredibly shocking twists and turns ultimately culminates in a wild cross country chase that leads up to a surprising ending that most readers will not see coming. A great storm is coming to America, and time is quickly running out. The Beginning of the End is a great book to give to anyone that is still not prepared for what is ahead.