Don’t search for logic; there is LITTLE OF IT to go around. I am stunned by the ABSTRACT MANNER in which most investors rationalize the “V”-SHAPED recovery theory; they say the phrase, without thinking what it really means.

Markets have been so conditioned to believe in SHORT-TERM FIXES that people actually believe that “V”-shaped means that if it took 12 weeks to get to where we are (March-June), it will take 12 weeks to go back to the February employment figures. They act as if there is NO PROCESS of change occurring in the economy just because the Federal Reserve and government have stepped in to bail out companies and liquify the bond market and Main Street businesses, but that is a BUNCH OF NONSENSE. A bailout does not return things to normal; instead, it creates a new normal, using taxpayers’ money.

The reality is that the world has changed; we can see below that it takes AT LEAST one year to conduct DAMAGE CONTROL and re-hire the staggering number of people that have been sidetracked by the coronavirus and, unfortunately, laid-off or put on leave.

In the chart below, you can see that there has NEVER BEEN any similar event to this one that didn’t span at least 12 months to CORRECT ITSELF, so I expect to know more by March 2021. Between now and then, so many things are happening, the biggest of which is the NOVEMBER 2020 election, so I’m going to put some important data in front of you regarding what to expect here, but know that even if this recovery is LIGHTNING-FAST, the markets are already pricing in most of the rebound so the upside IS LIMITED. 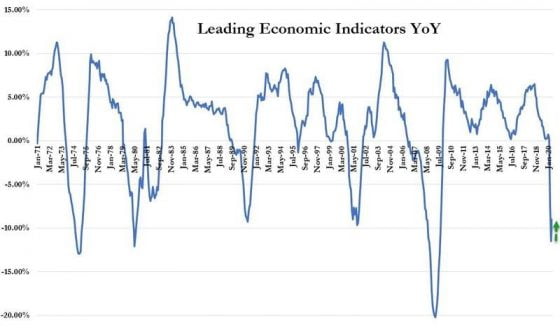 Though several polls have come out stating that Joe Biden is in the lead, I not only find them HUMANLY IMPOSSIBLE to believe, but I also think that I’ve NEVER ENCOUNTERED a worse candidate going all the way back to the 1960s (and possibly before).

Literally, even the people that are ANTI-TRUMP realize that Biden is not right in the head.

The reason I say that is because the TRULY SMART investors, the value-investing legends, are not GETTING BACK into the markets just yet.

For the life of them, they aren’t able to FIND JUSTIFICATION for today’s valuations. The super-fast rally is a SIREN SONG to them and they’ve been through too many of those to trust in one.

Look at this chart that clearly demonstrates that THEY’RE OUT.

This should serve as a WARNING SIGNAL, a red dot on the target, which is the retail investor who believes that Federal Reserve liquidity is enough to overcome mediocre fundamentals. 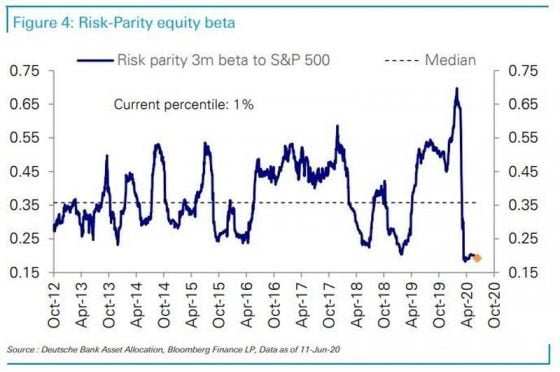 ASK YOURSELF, in all truthfulness, have you ever seen a PROPER RALLY in which billionaire investors such as Ray Dalio, David Tepper, Jeremy Grantham, Warren Buffett, Stanley Druckenmiller, and Paul Singer, collectively worth over $130B, are all COMPLETELY WRONG?

If their judgment is off, it will be the FIRST TIME in history. Warren Buffett dumped the airlines and they went on a tear. Carl Icahn dumped Hertz and the bankrupt company’s shares went up by 100%. Central banking SUCKS TO THE CORE!

Part-time traders, home now instead of in their workplace, are simply day trading like it’s 1999, and it will END IN A NIGHTMARE.

I want to remind you that 88% of market options statistically EXPIRE WORTHLESSLY, so when you see below that investors are throwing MONEY OUT THE WINDOW, you realize that COVID-19 has sparked the bubble – this is the BULL MARKET’S final run.

We all know the index just fell 35% in March, but to me, that wasn’t a real bear market. My thesis is that the 2009 bull market still mentally stands and it’s now entering the euphoria stage. 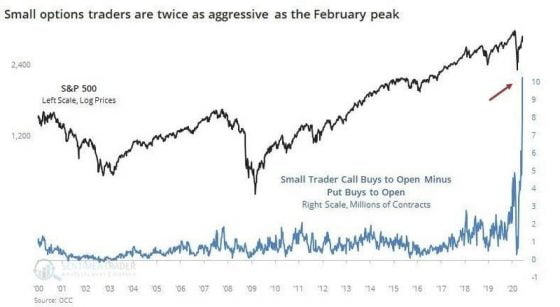 What’s next is an INTENSIFICATION of the bubble, but the end is now in sight.

Our S&P 500 target was 3,350, so I’m telling you we are only buying in accordance with THIS report and THIS new report.

The old-timers may be ridiculed as being out of touch, but I assure you that their core principles of understanding what EFFECTIVE INVESTMENTS, which has made them into billionaires, are have not diminished and their stance will be proven right.

This is a bubble, and when you’re on the outside, you will MISS OUT on some of its initial fun, but you’ll also be around to watch it implode.