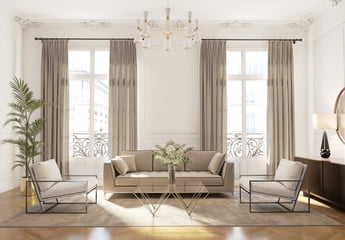 A new report from The Wall Street Journal shows how a new transfer tax in Manhattan has led to a slump in sales of luxury properties this summer.

The new tax, basically a one-time payment on homes valued above $2 million, was enacted on July 01. The new policy led to a massive surge in June sales of luxury residential properties. But when it came time for luxury sales in July, those sales collapsed to a six-year low.

The change in tax policy suggests New York City policymakers were attempting to manipulate consumer behavior by forcing home sales to be brought forward this summer to lift the sagging real estate market.

“Consumer behavior is modified by tax-policy change, and this is exactly what we are seeing,” said Jonathan Miller, president and CEO of the market research and appraisal company Miller Samuel.

The new transfer tax sparked sellers to close on homes before the July 01 deadline, setting records with the most sales above $2 million, above $10 million and above $25 million. And as soon as all of the artificial selling was over, luxury home sales (above $2 million) collapsed to 162 homes for July, compared with 685 in June.

WSJ said Manhattan luxury home sales fell from a record $4.9 billion in June to about $1.54 billion in July, which is the lowest July total since 2009 and the weakest month overall since 2013.

Last month, we mentioned how the median sales price for an apartment in Manhattan was $975,000 in July, flat on the year, but down from its $995,000 peak last July.

Miller was cited in another report talking about the deteriorating Manhattan housing market and said sales prices are a lagging indicator. He noted that the market has been trending lower for the third consecutive quarter.

“I characterize that as a reset, and it does have the potential to fall farther,” Miller said.

“Demand is continuing to be softer than it was last year.”

WSJ said the new transfer tax didn’t affect apartments below $2 million. Those sales were up 2.5% from June.

Donna Olshan, a broker who monitors the Manhattan luxury market, said the slowdown in luxury housing is becoming more evident in late summer. Olshan said the number of contracts signed for properties with a list price above $4 million plunged 17% this year through August.

The slowdown in Manhattan is a combination of an exodus of foreign buyers; President Trump’s income tax changes, which limited the deductions for mortgage interest to the first $750,000 borrowed and capped state and local taxes (including property taxes) to $10,000; a domestic economy that is slowing; trade war uncertainties from the Trump administration; and a global synchronized slowdown.

“The crisis seems to be going sideways,” Olshan said. Sellers who lower their prices are doing deals, she said, while other listings sit on the market. Many condo developers aren’t lowering prices, but they are telling brokers to “‘just make me an offer,'” she said.

WSJ said 12 transactions for $10 million or more were completed in July, a below-average month, and the lowest monthly total since 2015.

Miller said inventory is quickly building with more than 6,000 units for sale in Manhattan.

“We’re definitely going through a period of change,” Miller said, “and it’s not entirely clear where it’s heading right now.”

And it was only last year when we cited a report from Bank of America that rang the proverbial bell on the US real estate market, which said existing home sales have peaked, reflecting declining affordability, more significant price reductions and deteriorating housing sentiment.

“Call your realtor,” the BofA note proclaimed: “We are calling it: existing home sales have peaked.”

Interventionist policymakers in New York City, who are willing to change tax law to spur artificial economic activity in a sagging real estate market in Manhattan shows just how desperate officials are to reverse the housing market downturn. However, with intervention, there are always consequences, those consequences are being seen with a drastic drop in sales in July and the months ahead.