Over the past three days, after silver UNDERWENT CARNAGE, going down to -13.5% in ONE DAY, many made their peace with reality and ACCEPTED DEFEAT. The bulls remembered that silver is EXTREMELY VOLATILE, while the bears got to breathe a SIGH OF RELIEF after the month of July proved to be SILVER’S BEST-EVER on record.

The big picture is MOST IMPORTANT and the visuals are clear: debt is growing MUCH FASTER than the ability to service it, UNLESS rates remain close to zero, UNTIL THE RESET: 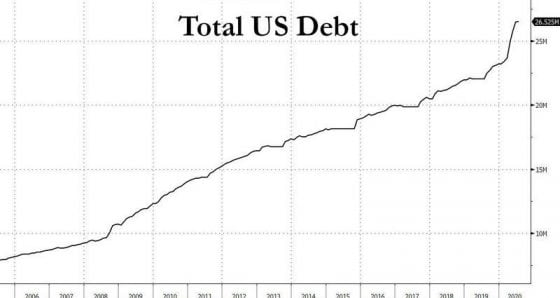 With over $26tn, Washington’s spending can only be maintained, while the Federal Reserve and other central banks do everything UNDER THE SUN to suppress rates FOR GOOD.

Throughout the passing period of the 2010s, investors DID NOT have this kind of assurance that the U.S. central bank will keep rates at zero all the time. They kept broadcasting that the aim was to normalize rates, to GO BACK to historical norms, but the plan failed in DECEMBER 2018.

For the financial system – Corporate America, the average person, and the small business owner, from governments to the individual – rates have been ZERO for so long that it has become our WAY OF LIFE. Now we know it’s here to stay.

A good friend of mine, for many years, tried to quit a nasty habit he had. Every time he would stop COLD TURKEY, something would later draw him back to it. He went to see an associate of his who quit smoking after two decades and never relapsed. Their conversation revolved around how to achieve the same thing; the associate said that “You can’t just quit a habit – the secret is to find a replacement.” One can’t replace SOMETHING with NOTHING.

The global economy does not have a SUBSTITUTE for the U.S. dollar as a reserve currency; it won’t consider precious metals, nor will it entertain the notion of the Euro or any other singular fiat currency. 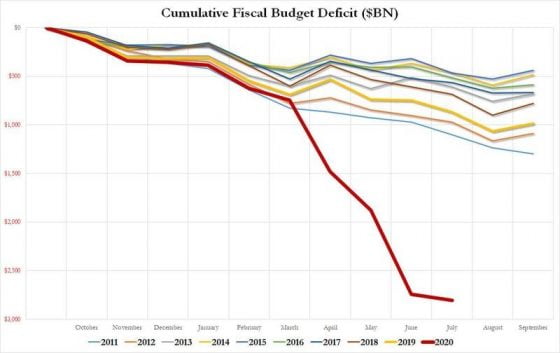 Washington knows it and, therefore, PERMITS ITSELF actions that no other government can afford; CHALLENGERS are non-existent.

This is the IDEAL WORLD for gold and, when the CYCLE IS RIGHT, can also be ideal for silver. Governments and central banks consider gold to be money, so they purchase it, COME RAIN OR SHINE. The result has been that gold has returned just about 6,000% since 1971. In periods when the dollar was in a bear market, like the 1970s or the 2000s, silver had A LOT going for it as well. We have again entered a dollar bear market, after nine years, so silver will NOT ONLY have that tailwind going for it, but also zero interest rates and record deficits. 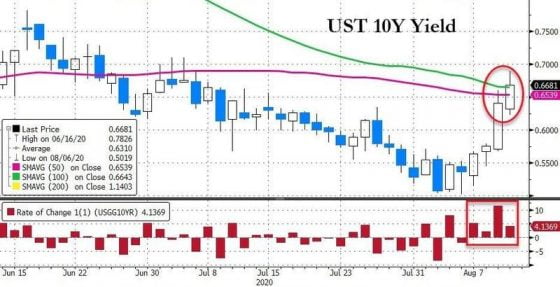 In the short-term, rates are reversing and beginning to creep up, as they should, after MONTHS of one-way trading. They are GOING DOWN more and more, without ceasing.

This will have an impact on precious metals since REAL RATES are calculated by subtracting inflation (CPI) from the 10yr bond yield. Rising rates elevate real rates, but if inflation is RISING at the same time, it offsets this!

That’s what the gold bears AREN’T SEEING, but it is clear as day when looking at this: 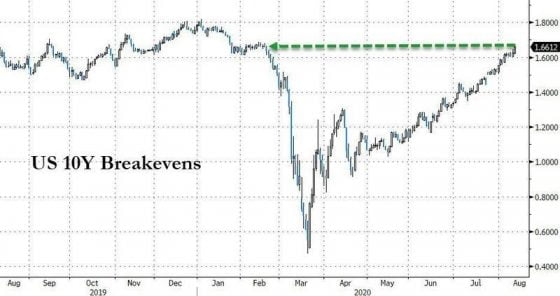 THE GOLD AND SILVER BULL MARKETS ARE ON;
THEY WILL SEE PAUSES, PULLBACKS, AND CORRECTIONS!
OVERALL, THE TREND IS HIGHER,
SO LONG AS REAL RATES REMAIN NEGATIVE!