David Rosenberg: Even If The Fed Cuts Rates To 0%, A Recession Will Hit In 12 Months 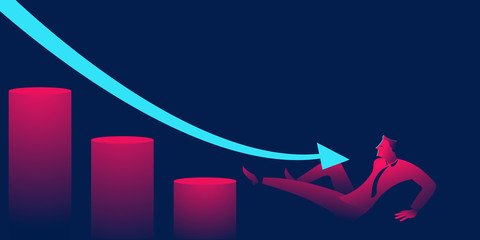 David Rosenberg, the Gluskin Sheff chief economist and strategist, is warning that a recession is coming. Rosenberg says economic growth in the United States will turn negative sooner than most investors anticipate and the Federal Reserve is powerless.

Even if the central bank lowers interest rates to zero, a recession will still grip the U.S. within 12 months, Rosenberg predicts. “There’s a recession coming in the next 12 months,” he stated with fact last Thursday on CNBC’s “Futures Now. The Fed just lowered its benchmark interest rate last Wednesday by a quarter-point and Fed Chairman Jerome Powell signaled rates would only be cut again if there’s new evidence the economy is softening.

However, Powell said he didn’t expect that to happen. The evidence is showing otherwise.

Why Does The Federal Reserve Keep Slamming The Panic Button Over And Over If Everything Is Okay?

“The only reason that he said that he’s optimistic on the outlook is because of exactly what the Fed is doing which is breathing stimulus back into the economy,” said Rosenberg, who came into 2019 with a recession warning and has been known as a perma-bear on Wall Street for decades.  Government numbers show that economic growth has not gone negative yet this year, but Rodenberg says that it is only a matter of time before it does.

Because of the economy slowing, Rosenberg thinks that Federal Reserve chairman, Jerome Powell will continually be lowering rates through 2020. “I think that they’ll go in October and December and through 2020,” he added of the Fed’s likely decision. “The economy is already slowing down,” Rosenberg said. “Earnings are actually contracting.”

Rosenberg stressed that it doesn’t matter how much the Federal Reserve decides to cut rates, and lowering them to zero will end up with the same net result: a massive recession.