Without This Tool in Your Hurricane Supplies, You Could Be Screwed 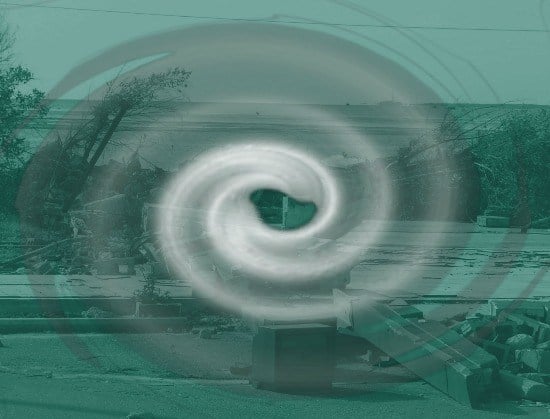 This article was originally published by Jeremiah Johnson at Ready Nutrition.

I wrote several articles (a series, a few years back) about my family’s experiences in Hurricane Katrina (Editor’s Notes: Links to these articles will be provided at the end of this article). With hurricane season about to crop up again in a few months, it’s important to remember how important tools are for hurricane preparedness endeavors and for rebuilding after a hurricane.

To maintain a general readiness stance for what may come down the pike, we’re going to discuss drills. Simple enough, right? Not necessarily, because all drills don’t satisfy the same needs: even two drills that are the same size and specs in appearance may function in totally different manners.

Not All Drills are the Same

Drills with cords are important. During times when electricity is available, the drills with cords will run stronger and steadier. Cordless drills are “finite,” in that the power pack/battery will eventually run down and have to be charged. That being said, I have a pair of Sears Craftsman’s from “back in the day” that run on cords for general-purpose work.

The biggest problem with cordless drills is that the battery runs down and becomes “un-rechargeable” long before the actual drill goes kaput. Then the price of a new battery is only a few dollars less than buying a completely new drill package. This is purposed: the planned inefficiency of a tool with a finite lifespan in order to assure new purchases of batteries or the whole shebang. The “Dick Jones” parts and contract philosophy out of the original “Robocop” holds true here.

I had a Ryobi cordless, an 18 V that just recently crossed the River Styx after serving me well for six years. My replacement for it? A DeWalt 20 V Model DCD 791 D2 ½” drill, that comes with an extra LiIon (Lithium Ion) battery pack. It comes with both battery packs fully charged, and this thing has a really high output. It has a variable speed trigger (essential when you don’t want to stop drilling but you don’t want it turning at full speed), and a three-setting work light built into the drill.

The cordless is really important for times when you don’t have power, and also to use on hard to reach places where a cord either will not stretch or you don’t have the time to fool with it. In addition, if you’re on the road, unless you have an outlet in your vehicle, the cordless drill is the way to go. I explained in the other articles how I needed to affix pressure-treated plywood to pre-drilled sections of my window casements prior to Katrina striking. As I used galvanized deck screws with hex heads, with a ratchet set it would’ve taken a while, but with the drill, I affixed them in no time.

With the two-pack of power packs, I can do my work and then have a fresh pack when the first one is expended, then charge the first while I’m working with the second one. This drill has a good warranty: three years on the drill, and two on the power packs. It has different torque settings for different drilling strengths, and all in all, it’s pretty rugged. I picked mine up for about $180. If you can’t find one in your area, you can order it online at www.amazon.com and have it sent to you.

The only thing I didn’t like about it is that it didn’t come with any attachments…not even your usual “token” piece with standard and Phillips screwdriver-heads on opposite ends. No matter: I’m using the one from the Ryobi and the other attachments that I already had. The best thing about it is that if I need to work with it, I can pull it out and begin without fooling around with any cords or what have you. When you’re pressed for time or have to fix something that was unforeseen (such as board up a window smashed out by a storm), you want a good drill that you can rely on. I highly recommend this one for price and quality: it should serve you well for whatever your need may be.  JJ out!