Learn A Post-Collapse Trade Before It’s Too Late 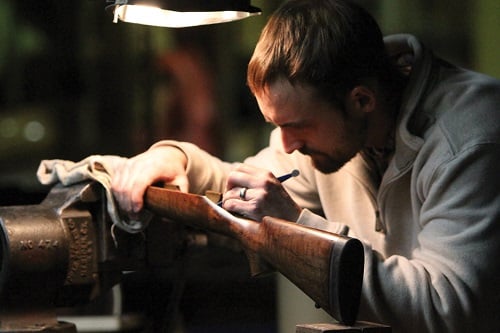 There comes a point in the analysis of any problem when its escalation turns so blatantly obvious that the disaster is self-explanatory. The economic crisis in the United States and around the globe is one of those problems. While there are still plenty of people out there who remain ignorant to the immediate danger, I think we are very close (at least in America) to a point of maximum velocity. The more accelerated the awakening, however, the faster globalist interests will pull the plug on what remains of our financial system.

Most citizens are at least vaguely concerned with the state of our country and are attempting to learn more. The survival methodology has gone mainstream and grows in popularity daily. Even the annual Bilderberg meeting — a confab of the world’s most influential economic and political power mongers, which mainstream media entities have long refused to publicly acknowledge — is finally being exposed to the light of day.  We are now in a race, a mad dash to shape the future battle space before the elites position themselves for the final conflict.

Further economic analysis would merely reaffirm what most of us in the liberty movement already know, but let’s recap our situation for the sake of clarity.

Full-Spectrum Fiscal Disaster Is No Longer Theory; It Is Certain

The U.S. stock market is now in the midst of perhaps the largest artificial bubble in world history. Virtually all movements in the Dow are now determined by the stimulus actions of the private Federal Reserve. Agents of the Fed, including former Chairman Alan Greenspan and current branch head Richard Fisher, have openly admitted in separate interviews that the central bank’s primary directive has been to prop up equities to give the public the illusion of stability, rather than to revamp consumer credit markets as originally promised. Because of the system’s dependence on Fed fiat, whenever the smallest rumor of a possible reduction in stimulus is heard, the markets tumble.

To illustrate how detached and absurd our economic reality has become, investors now actually rally around the Dow whenever bad financial news is released because bad news means there is higher likelihood that the Fed will continue fiat printing.

For example, Reuters reported on June 4: “A report released on Monday showed the Institute for Supply Management’s index of U.S. factory activity fell to its lowest since June 2009 and tempered expectations the Fed would retrace its stimulus measures.”

This indicates that our current economy is so fragile that it is utterly incapable of sustaining concrete investment without the Fed creating dollars out of thin air 24 hours a day, seven days a week. In fact, I have to laugh anytime a mainstream analyst suggests we have entered a phase of recovery. Let the Fed stop all stimulus, and then we’ll see how much legitimate “growth” is actually taking place.

The wealth of most Americans is down 55 percent since the “recession” officially began in 2008. Job creation remains dismal. In 2010, 58.7 percent of working-age Americans were employed. In 2013, that number fell to 58.6 percent (according to official statistics), meaning there has been no improvement in the jobs sector of the U.S. economy following the 2008 collapse, despite all the claims by the Fed and the Administrations of George W. Bush and Barack Obama that bailout dollars and quantitative easing measures would bring jobs back to life.

Also, keep in mind that a rating of 58 percent employment may have been acceptable in the 1950s and 1960s when the U.S. population was half what is today. However, 42 percent unemployed working-age Americans in a population of 350 million is a dangerous prospect. Add to this the fact that, in those days, high-paying manufacturing jobs were the norm. Today, blue collar business has been replaced by burger-shoveling-wage slavery.

Unknown trillions of dollars have been printed, the dollar has been inflated and devalued, national debt is skyrocketing, and there’s absolutely nothing to show for it.

In the global political sphere, tensions continue under the surface between North Korea and South Korea, while the conflict in Syria appears to be spreading like a plague, drawing in multiple nations and promising a high probability of widespread warfare. Any broad-based disaster at this tenuous time will trigger a breakdown in the U.S. fiscal system. A crisis is inevitable.

Once we accept this fact, we must then ask ourselves a simple question: What can we, as individuals, do about it? In the liberty movement, most activists agree on the causes of our current dilemma as well as the eventual direction we are headed. Unfortunately, the movement completely diverges when it comes to solutions.

Fight Tyranny From The Bottom Up

Though there are as many “silver bullet” ideas as there are people, I would divide the argument over solutions into two basic camps:  top-down proponents and bottom-up proponents.

I have heard numerous theories fielded, from suing the Fed to voting Republican to impeachment to leaving the country to marching on Washington, D.C., with rifle in hand. These are what I call top-down solutions, none of which take into account the need for localized independence. If you cannot even sustain yourself where you live and if you are unable to provide your own survival necessities, then what good is voting, suing, impeaching or marching abroad going to do?

The problem with the average solution put forward by well-meaning, but sometimes naïve, activists is that they cannot seem to free themselves from the top-down mentality. For them, all big sociopolitical changes must be made at what they believe to be the epicenter and often by working within the controlled paradigm. They think they can play the game better than the men who created it. They forget all about the periphery, the foundation of localism. They forget that to give independence to the world, they must first give independence to themselves. I am consistently astonished by the number of liberty movement activists who don’t even have food storage, a decent rifle or a worthwhile barter skill, yet seem to think they are ready to march weapon-bound to Washington.

Let’s be clear about something: Even if the masses coalesce to overthrow our currently corrupt political matrix of puppet middlemen, we are still left with an international banking oligarchy as well as a collapsing economy. The fight doesn’t end when you boot out the paid-off politicians; the fight has just begun. It is childish and foolish to believe otherwise. Therefore, one must plan ahead if one wishes to be victorious in the battle for a decentralized society.

This decentralization starts with you — in your personal life and within your community. The last thing the establishment wants is for individuals, neighborhoods and towns to decouple from the mainstream system and provide for themselves. This is what they truly fear — not empty marches without tangible goals or intelligent planning.

One thing that every American can do right now to bolster and inspire real revolution would be to learn a trade or skill that would be highly valuable in a post-collapse environment. If you cannot sustain yourself, then you cannot thrive and you cannot fight. If your neighborhood or town is unable to produce necessities for barter, then there is no trade, no organization, no cooperation and, thus, no organized will to fight. That is to say, global liberty stems from local industry.

During a debt and currency crisis, barter will probably be the most accessible form of local industry. The following is a list of examples of post-collapse skills and trade models that you could learn or construct within the next six months in order to ensure you are a sought-after partner in your own community when breakdown occurs:

There are numerous trade skills that one can learn to become more viable within a post-collapse economy. No one can provide every necessity or foresee every eventual need. Therefore, a barter community of tradesmen is essential and is the foundation of a truly free and prosperous society. The pursuit of a post-collapse skill should be at the top of every survivalist’s to-do list. It is not something to be put off or shelved for a later date. Learn one today — not tomorrow. This solution is within your power to make happen now. Do not waste the opportunity, especially in pursuit of top-down schemes that serve only to give false hope and zero returns.

To contribute to the growth of the Safe Haven Project, and to help us help others in relocating, or to support the creation of barter networks across the country, visit our donate page here